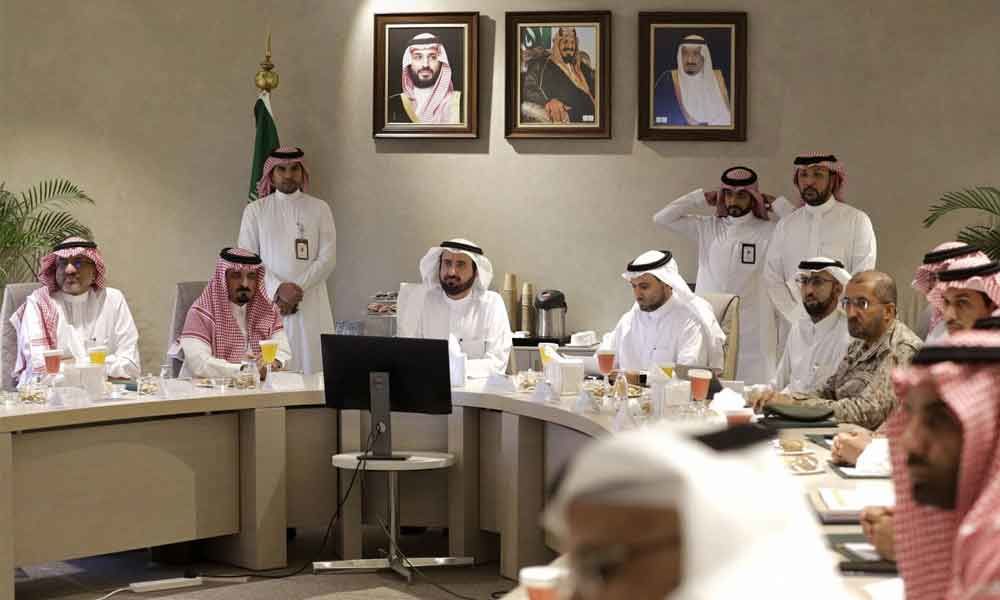 Saudi Arabia on Thursday suspended visas for visits to Islam's holiest sites for the 'umrah' pilgrimage, an unprecedented move triggered by...

Riyadh : Saudi Arabia on Thursday suspended visas for visits to Islam's holiest sites for the "umrah" pilgrimage, an unprecedented move triggered by coronavirus fears that raises questions over the annual haj.

The kingdom, which hosts millions of pilgrims every year in the cities of Mecca and Medina, also suspended visas for tourists from countries with reported infections as fears of a pandemic deepen.

Saudi Arabia, which so far has reported no cases of the virus but has expressed alarm over its spread in neighbouring countries, said the suspensions were temporary.

But it provided no timeframe for when they will be lifted, and the decision left tens of thousands of pilgrims preparing to visit the kingdom from around the world in limbo.

The umrah, which refers to the Islamic pilgrimage to Mecca that can be undertaken at any time of year, attracts millions of devout Muslims from all over the globe each year.

"The kingdom's government has decided to take the following precautions: suspending entry to the kingdom for the purpose of umrah and visit to the Prophet's mosque temporarily," the foreign ministry said in a statement.

"Suspending entry into the kingdom with tourist visas for those coming from countries in which the spread of the new coronavirus (COVID-19) is a danger."

The measures come amid a spike in coronavirus cases across the Middle East even as the number has declined in China, where the disease originated.

Since its outbreak, the United Arab Emirates has reported 13 coronavirus cases, Kuwait has recorded 43, Bahrain has 33 and Oman is at four cases. Iran has emerged as a major hotspot in the region, with 26 fatalities -- the highest death toll outside China.

To curb the spread of the disease from people returning from pilgrimages to Iran, Gulf countries have implemented a raft of measures, including flight suspensions and school closures.

"It's a great concern to the educators, to the students and to the parents," said Ann Marie, a South African expatriate in Bahrain, where many appear on the streets wearing masks.

In Kuwait, government institutions suspended the use of fingerprint recognition to clock in and out, while Qatar -- which has no reported cases -- advised its citizens to avoid the traditional greeting of rubbing noses.

Coronavirus in Andhra Pradesh: One death and a positive case reported in the state