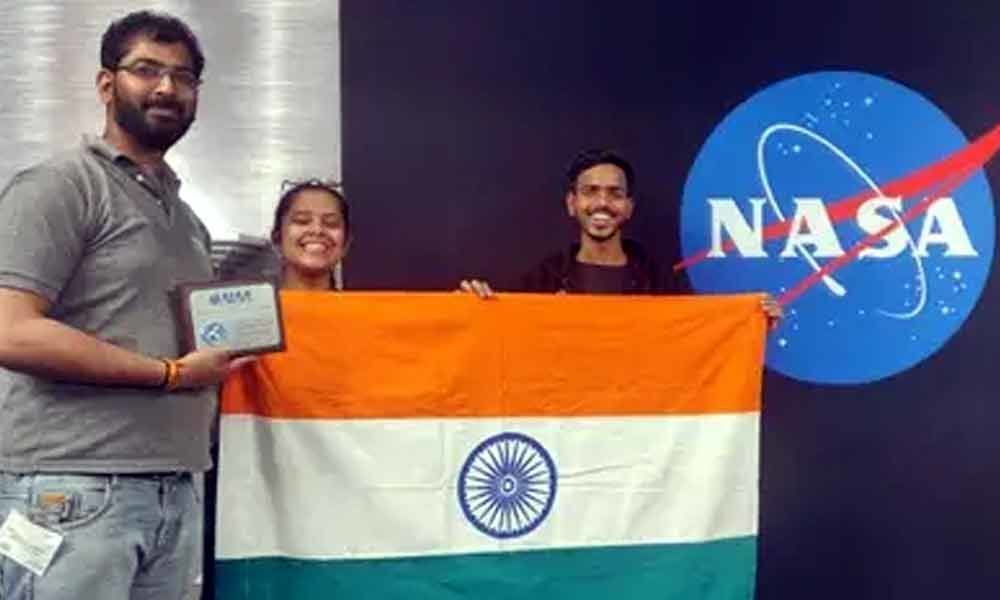 NASA has awarded three teams from India as part of the US space agency's annual Human Exploration Rover Challenge which invites high school and college students to build and test roving vehicles for future missions to the Moon, Mars and beyond.

Washington: NASA has awarded three teams from India as part of the US space agency's annual Human Exploration Rover Challenge which invites high school and college students to build and test roving vehicles for future missions to the Moon, Mars and beyond.

The team from KIET Group of Institutions in Ghaziabad, Uttar Pradesh, won the "AIAA Neil Armstrong Best Design Award", which recognises systems best designed to meet the Rover Challenge performance requirements, NASA said in a statement. The Mukesh Patel School of Technology Management and Engineering from Mumbai, Maharashtra, won the "Frank Joe Sexton Memorial Pit Crew Award" -- for ingenuity and persistence in overcoming problems during the race -- as well as the "System Safety Challenge Award".

A team from Lovely Professional University in Phagwara, Punjab, won the "STEM Engagement Award", presented to the team that best informed others about rocketry and other space-related topics. Nearly 100 teams took part in the competition, hailing from a record number of countries, including the US, Bangladesh, Bolivia, Brazil, the Dominican Republic, Egypt, Ethiopia, Germany, Mexico, Morocco and Peru. Indian-American NASA astronaut and two-time spaceflight veteran Sunita Williams attended the second day of the event, interacting with teams and participating in the day's activities.

The International Space Education Institute of Leipzig, Germany, won first place in the high school division with 91 points; and a team from University of Puerto Rico Mayaguez won the college/university division with 101 points. Teams were awarded points based on the successful navigation of obstacles and completion of tasks. The competition, hosted by NASA's Marshall Space Flight Center and held at the US Space & Rocket Center, this year marked 25 years since the inaugural event, the statement said.

"We are so proud to congratulate this year's winners, and every team that competed," said Bob Musgrove, Acting Manager of the Office of STEM Engagement at Marshall. "The creativity, skill and resourcefulness demonstrated each year on the rover course are the very traits that paved our path to the Moon in 1969, and the ones that will continue to carry NASA forward to the Moon again in 2024," said Musgrove. Rover Challenge provides learning opportunities to students who, someday, may be responsible for planning future space missions, including crewed missions to other worlds.

After constructing their own rovers, teams attempt to traverse a nearly three-quarter-mile course with gruelling obstacles that simulate terrain found on Mars, as well as other planets, moons and asteroids throughout the solar system. In addition, they have to complete tasks, such as sample collection and instrument deployment. Teams had a six-minute window to navigate the course, gathering points and trying to complete 14 obstacles.