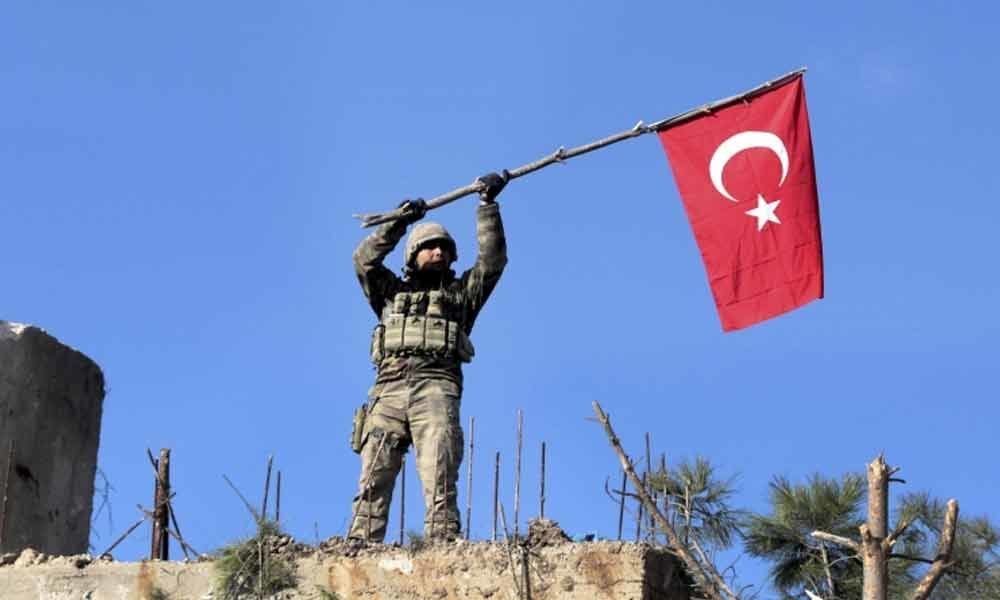 The mayors of Diyarbakir, Mardin and Van provinces in eastern Turkey -- all members of the Peoples' Democratic Party - HDP elected in March -- were suspended.

The mayors of Diyarbakir, Mardin and Van provinces in eastern Turkey -- all members of the Peoples' Democratic Party (HDP) elected in March -- were suspended.

The ministry said they had active cases against them for "spreading propaganda" or being a member of a terrorist organisation.

President Recep Tayyip Erdogan has repeatedly claimed that the HDP has ties to the Kurdistan Workers Party (PKK), which has fought a bloody insurgency against the Turkish state for much of the past 35 years.

The interior ministry said the governors of Diyarbakir, Mardin and Van -- appointed by the government -- would be acting mayors.

The HDP denies any links to the PKK, but has tried to broker peace talks between the insurgents and the government.

Hundreds of HDP members and around 40 of its mayors are currently in detention.

The former head of the party, Selahattin Demirtas, has been in prison since November 2016 -- a case that has been criticised by the European Court of Human Rights.

The government launched a crackdown on opposition politicians following a failed coup in July 2016.

Although the coup was not directly linked to the Kurdish issue, the crackdown saw 95 of 102 pro-Kurdish mayors removed from their posts and replaced with central government appointees.