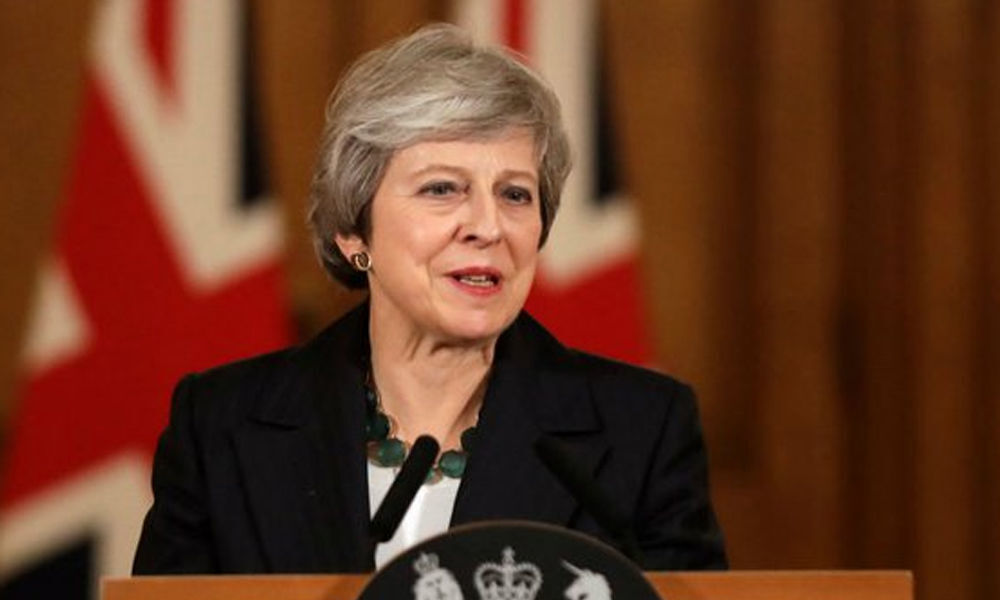 London, March 14: The UK Parliament voted to dismiss a no-deal Brexit, which led to a second government defeat in less than an hour. British lawmake...

London, March 14: The UK Parliament voted to dismiss a no-deal Brexit, which led to a second government defeat in less than an hour.

British lawmakers voted by a margin of 43 to confirm their decision to reject a no deal Brexit on Wednesday night, Xinhua news agency reported.

MPs also voted by a margin of 210 to reject an amendment which calls on the British government to pursue a managed no-deal Brexit on May 22.

The result came just minutes after MPs voted by 312 to 308 to reject a no-deal Brexit at any time in the wake of Tuesday night's shattering defeat of the Brexit deal of British Prime Minister Theresa May.

May, still speaking with a hoarse voice in the parliament, warned of lengthy Brexit delay if MPs are not willing to support her Brexit deal.

The British government lost by four votes on Wednesday night as MPs rejected a no-deal Brexit in a non-binding vote, which does not rule out Britain leaving the European Union on March 29.

But it means MPs could now get a vote on delaying Brexit. The vote is expected to take place on Thursday.

In Brussels, EU leaders demanded a "clear answer" about what Britain wants and were preparing to take a hard line if, as widely expected, the Prime Minister asks for a postponement of Brexit.

The EU's chief Brexit negotiator, Michel Barnier, insisted there will be no further offer from Brussels apart from the deal already on the table.

Earlier in the day, British Chancellor Philip Hammond signalled his backing for a cross-party consensus over Brexit.

He told MPs they had "a solemn duty in the days ahead to put aside our differences and seek a compromise".