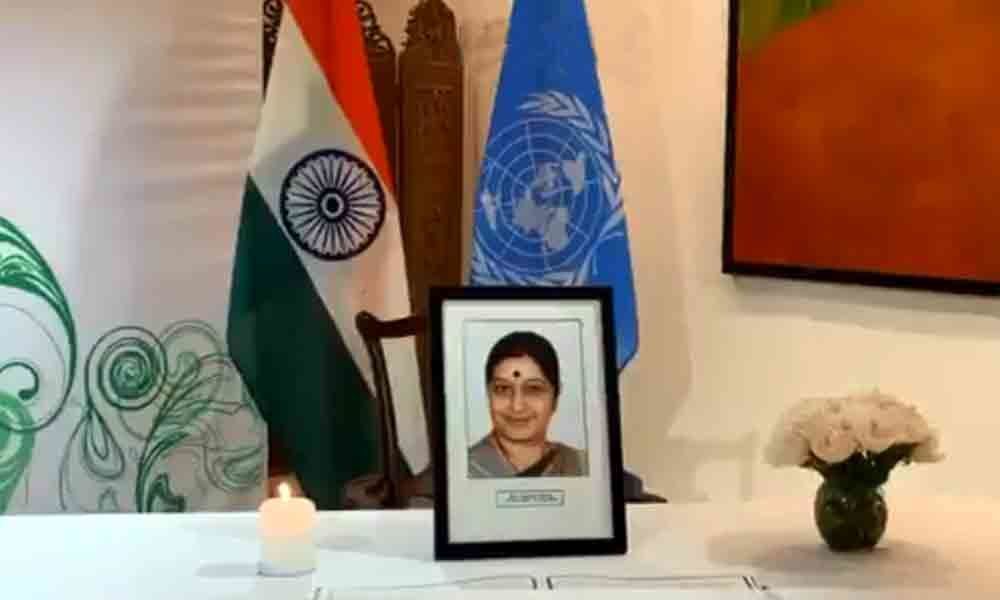 NEW YORK: Diplomats of about 50 countries across the world at the United Nations have written separate condolence messages for former External Affairs Minister Sushma Swaraj who died of a cardiac arrest on Tuesday.

India's Ambassador and Permanent Representative to the United Nations, Syed Akbaruddin, on Saturday posted a video on Twitter featuring some of these messages written for Swaraj in a book.

"In diplomacy, words matter... Diplomats from all across the world visit @IndiaUNNewYork to record condolences on the sad demise of Madam @SushmaSwaraj," his tweet read.

Diplomats from all across the world visit @IndiaUNNewYork to record condolences on the sad demise of Madam @SushmaSwaraj
🙏🏽 pic.twitter.com/f2NxWxHiGg

Swaraj breathed her last on Tuesday night at the All India Institute of Medical Sciences (AIIMS) after suffering a cardiac arrest.

She was the foreign minister in the first term of the Modi government in 2014. She opted out of the 2019 Lok Sabha elections citing ill health.

The former EAM was cremated with full state honours on Wednesday.