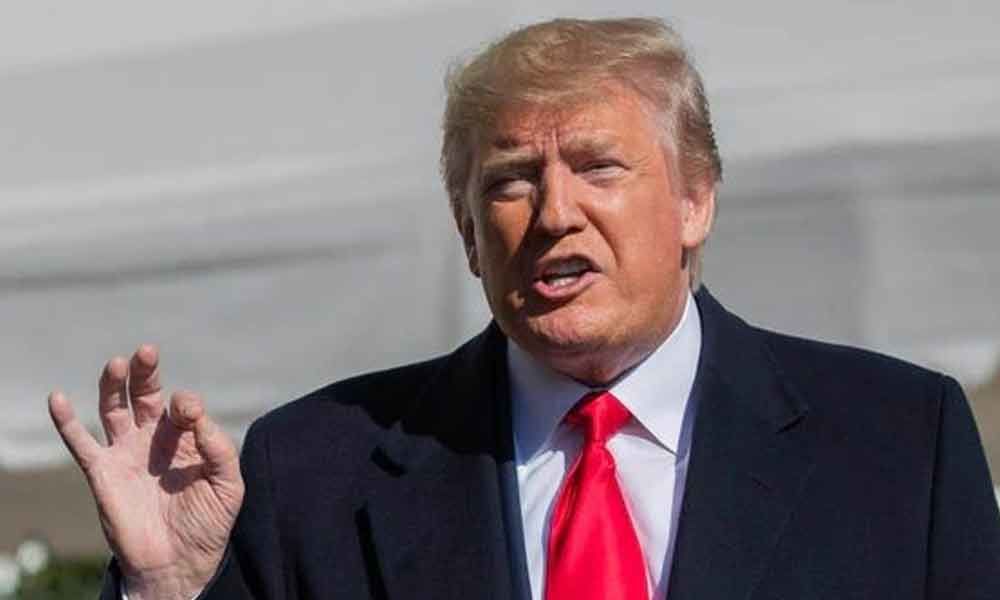 Will hit Iran harder than ever before if attacked: TrumpIssues fresh warning threatening to strike 52 key sites in Iran

Washington: US President Donald Trump on Saturday threatened to hit 52 Iranian sites "very hard" if Iran attacks Americans or US assets after a drone strike that killed Iranian military commander Qassem Soleimani and an Iraqi militia leader, as tens of thousands of people marched in Iraq to mourn their deaths.

Showing no signs of seeking to ease tensions raised by the strike he ordered that killed Soleimani and Iranian-backed Iraqi militia leader Abu Mahdi al-Muhandis at Baghdad airport on Friday, Trump issued a threat to Iran on Twitter.

The strike has raised the spectre of wider conflict in the Middle East. Iran, Trump wrote, "is talking very boldly about targeting certain USA assets" in revenge for Soleimani's death.

Trump said the United States has "targeted 52 Iranian sites" and that some were "at a very high level & important to Iran & the Iranian culture, and those targets, and Iran itself, WILL BE HIT VERY FAST AND VERY HARD."

"The USA wants no more threats!" Trump said, adding that the 52 targets represented the 52 Americans who were held hostage in Iran for 444 days after being seized at the US Embassy in Tehran in November 1979 - an enduring sore spot in US-Iranian relations. Trump did not identify the sites.

The Pentagon referred questions about the matter to the White House, which did not immediately respond to a request for comment.

Trump referenced an unusually specific number of potential Iranian targets after a senior Iranian Revolutionary Guards commander had also mentioned a specific number of American targets - 35 of them - for possible retaliatory attacks in response to Soleimani's killing.

General Gholamali Abuhamzeh was quoted as saying that Iran will punish Americans wherever they are within reach of the Islamic Republic, and raised the prospect of attacks on ships in the Gulf.

"The Strait of Hormuz is a vital point for the West and a large number of American destroyers and warships cross there. ... Vital American targets in the region have been identified by Iran since long time ago. ... Some 35 US targets in the region as well as Tel Aviv are within our reach," he was quoted as saying.

Trump's provocative Twitter posts came only hours after US Secretary of State Mike Pompeo wrote on Twitter that he had told Iraq's President that "the US remains committed to de-escalation."

"The safety of our personnel in Iraq is paramount. We continue to take all precautions necessary," acting NATO spokesman Dylan White said in a statement.

The Iraqi Parliament is convening an extraordinary session during which a vote to expel US troops could be taken as soon as Sunday.

Many Iraqis, including opponents of Soleimani, have expressed anger at Washington for killing the two men on Iraqi soil and possibly dragging their country into another conflict.

The US strike followed a sharp increase in US-Iranian hostilities in Iraq since last week when pro-Iranian militias attacked the US embassy in Baghdad after a deadly US air raid on Kataib Hezbollah, founded by Muhandis.

Washington accused the group of an attack on an Iraqi military base that killed an American contractor.