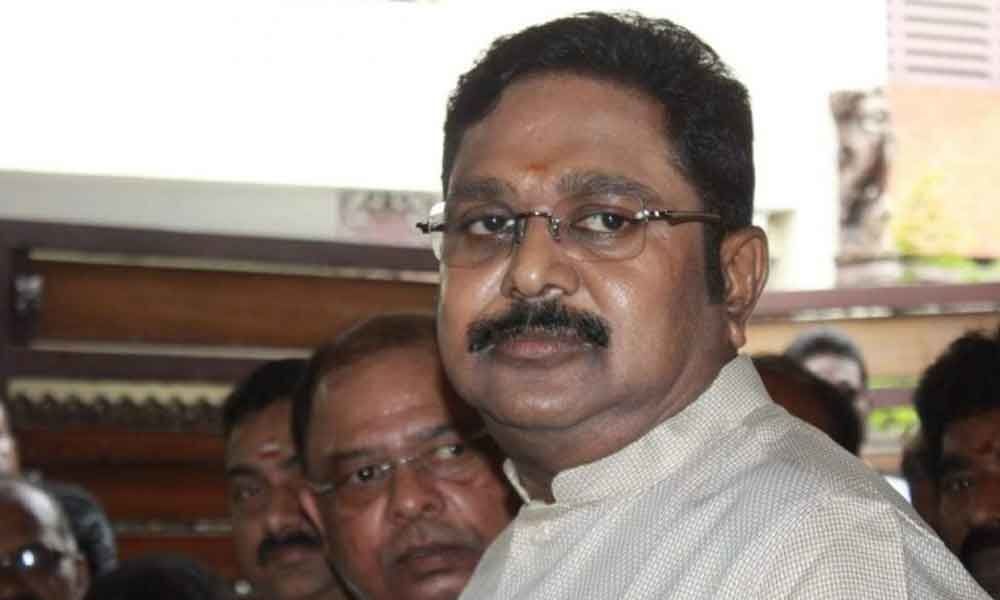 Amma Makkal Munnetra Kazhagam (AMMK) headed by TTV Dhinakaran has got 'gift pack' as a common symbol for the impending Lok Sabha elections and Assembly by-polls in Tamil Nadu.

This comes after the Supreme Court on Tuesday refused to direct the Election Commission (EC) to issue 'pressure cooker' as a common symbol to candidates contesting under the AMMK banner for the upcoming elections.

A bench headed by Chief Justice Ranjan Gogoi had instead asked the EC to give them a common election symbol from among the free symbols available.

The AMMK is contesting 38 of the 39 seats in the state and has already announced its candidates for both Lok Sabha elections and state assembly by-polls.

Tamil Nadu has 39 Lok Sabha seats while the state Assembly has 235 seats.

Both the Lok Sabha elections and assembly by-polls will be held in Tamil Nadu on April 18. Counting of votes will take place on May 23.