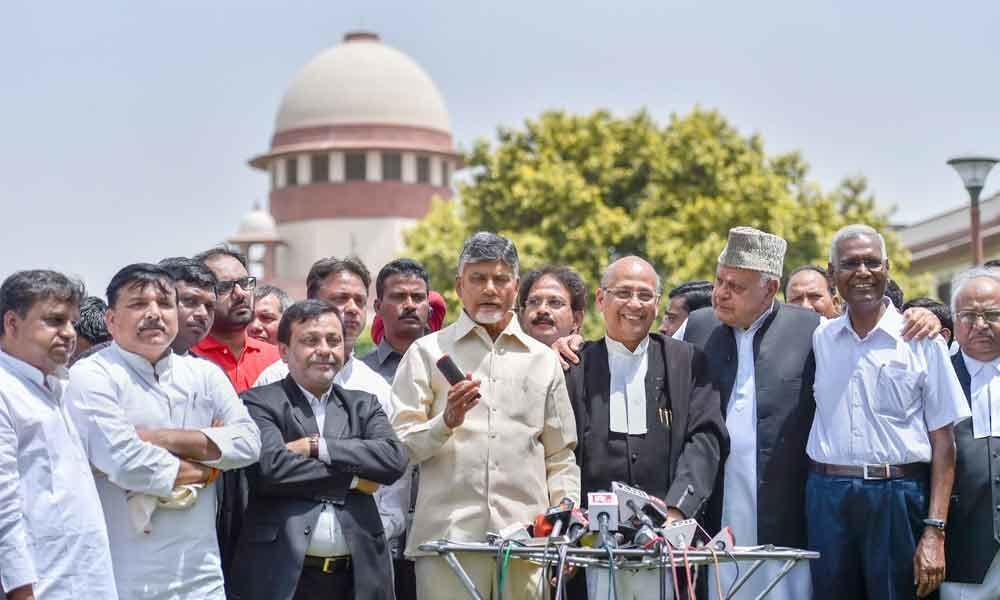 The Apex Court on Tuesday turned down the plea of the 21 Opposition parties seeking a review of its earlier decision allowing only 5 VVPATs verification out of five randomly selected polling stations.

New Delhi: The Apex Court on Tuesday turned down the plea of the 21 Opposition parties seeking a review of its earlier decision allowing only 5 VVPATs verification out of five randomly selected polling stations.

The opposition parties had asked for counting of at least 25 per cent EVM paper trail machines - instead of only five - in every assembly segment.

This was the second time the top court turned down their plea. During the hearing of the review petition, Chief Justice of India Ranjan Gogoi asked the A M Singhvi senior advocate for opposition parties, "How much counting do you want now?"

When Singhvi said that they had asked for 50 per cent but were ready to settle for 33 per cent or 25 per cent verification.

Gogoi responded saying that they decline to review the earlier order and dismissed the review plea.

The Supreme Court had earlier directed the Election Commission to increase the number counting of VVPAT slips from one to five booths per constituency, so the delay will be marginal, sources said.

Speaking to media after the judgement, leaders of 21 parties led by Andhra Pradesh Chief Minister N Chandrababu Naidu said that they went to the Supreme Court demanding transparency in the election process, but we respect its order.

"We will now request the Election Commission to revise their guidelines. If a discrepancy is found in any of the five EVMs or VVPATs, then counting should be done for all booths in assembly constituencies," Naidu told reporters.

The Election Commission has been saying that counting of five VVPATs will delay overall counting by five hours.

It takes an hour to count one VVPAT, with four more it will take another four hours... The election results may be out on May 23 night or 24 morning," the commission feels.

VVPATs are being used for the first time in any Lok Sabha election; they have till now been used in some parliamentary and assembly bypolls.