Amid controversy over NEP, text in Hindi on signages painted black in Tamil Nadu 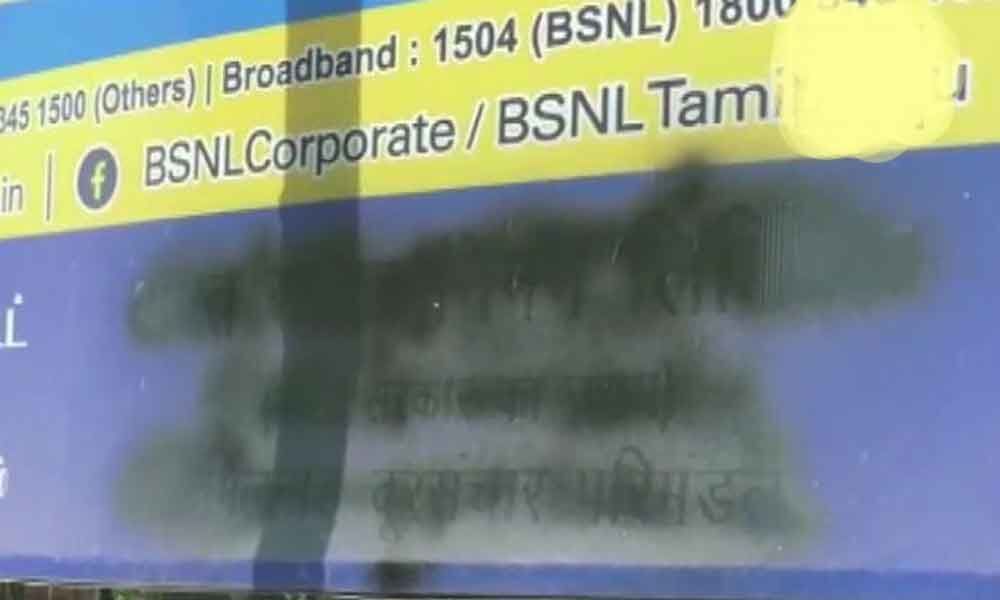 The incident comes after controversy erupted over three-language formula proposed in the draft of Centre's new National Educational Policy.

Trichy: Text in Hindi language on signages at the BSNL office and the Post Office outside Trichy Airport was painted black on Saturday by unidentified people.

The incident comes after a controversy erupted over the three-language formula proposed in the draft of Centre's new National Educational Policy.

All the parties in Tamil Nadu protested against what they alleged was "imposition of Hindi" on non-Hindi speaking states.

The Central government, however, clarified that it was just a draft put up for discussion and that no policy decision has been made by the government in this regard.