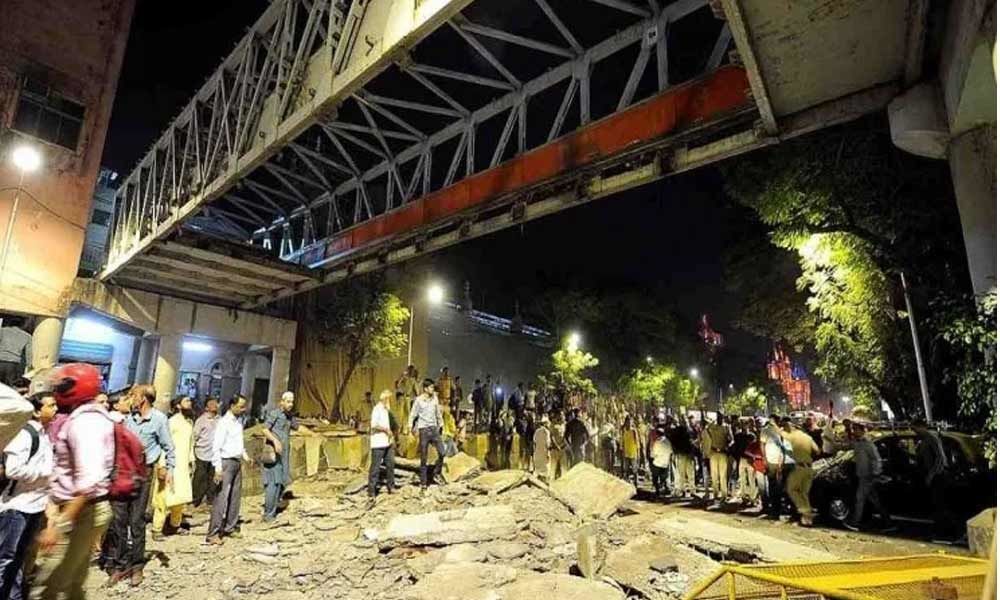 An executive engineer of Mumbai's civic body was arrested Tuesday in connection with the last month's foot overbridge (FOB) collapse outside the iconic CSMT station here in which six people were killed, police said.

Mumbai: An executive engineer of Mumbai's civic body was arrested Tuesday in connection with the last month's foot overbridge (FOB) collapse outside the iconic CSMT station here in which six people were killed, police said.

This is the second arrest of a Brihanmumbai Municipal Corporation (BMC) engineer in two days and third since March 14 when the deck of the 40-year-old bridge connecting the area near the Times of India building with the CSMT station, collapsed during evening rush hours.

"The accused Anil Patil was arrested by Azad Maidan police this evening. He worked with the bridges department of the civic body between September 2014 and December 2018," said DCP, Zone I, Abhishek Trimukhe.

Patil has been booked under section 304A (Causing death by negligence) of the Indian Penal Code (IPC).

The DCP said both the engineers were aware that such incidents (like bridge collapse) might happen, but acted negligently.

"During our investigation it came to light that they had knowledge of their job and due to their negligence the incident took place," the DCP said.

Patil will be produced before court Wednesday, he said, adding that a court remanded Kakulte in police custody till Arpil 5.

Kakulte was booked under IPC section 304A (causing death by negligence).

A preliminary report into the collapse submitted by the BMC had said the structural audit of the foot overbridge at CSMT railway station in south Mumbai was not carried out properly.

It suggested major lapses when the structural audit of the FOB was carried out on August 13, 2018.

Desai, who worked with a private firm, had allegedly gave clearance for continued use of the ill-fated bridge after a structural audit, police had said.