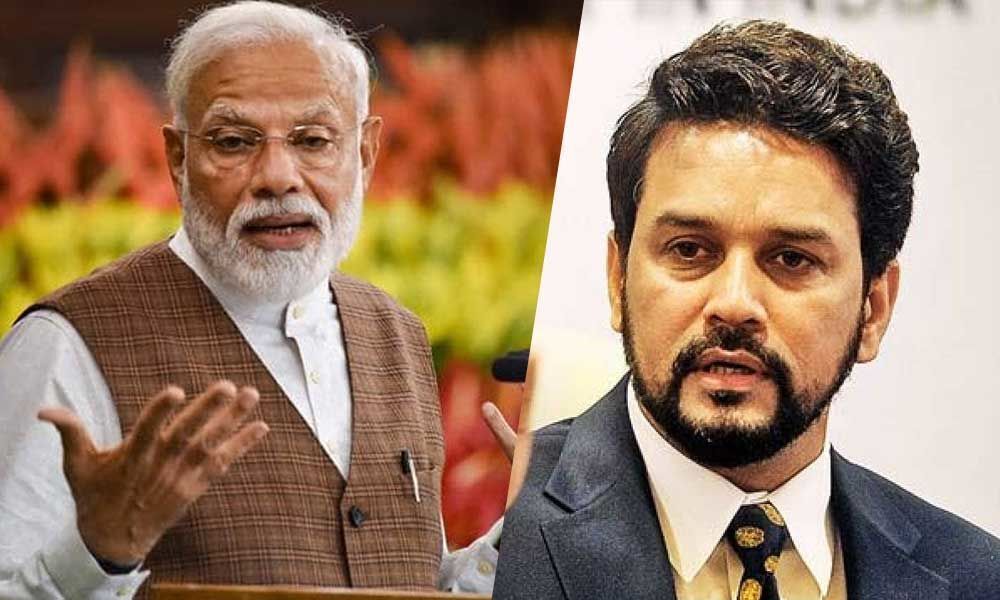 Thakur is one of the youngest MP's to be joining the cabinet.

Anurag Thakur, the three-time Lok Sabha member, who had contested in the Lok Sabha polls from his traditional constituency of Hamirpur seat and won, is the latest member to be admitted in the new cabinet of the Narendra Modi. Thakur is one of the youngest MP's to be joining the cabinet.

Earlier in the day, Prime Minister Narendra Modi, paid tribute at the National War Memorial. Accompanied by Nirmala Sitharaman, Modi had met the three service chiefs at the memorial which is considered to be his government's achievements.