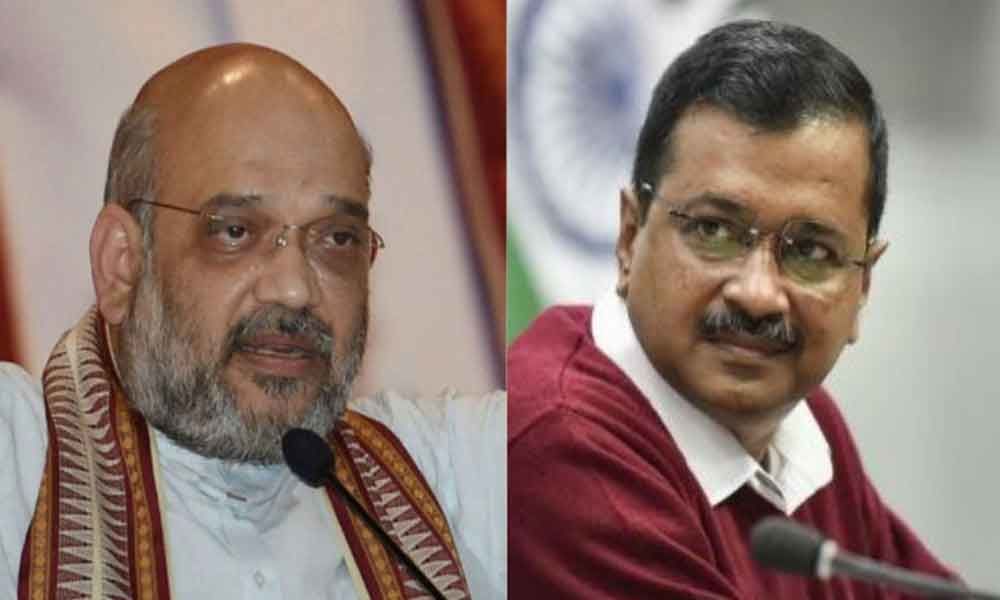 While the meeting between the two heavyweights is being described as a "courtesy" call, it assumes significance against the background of the Shaheen Bagh protests which is now being heard by the Supreme Court.

Amit Shah and several other BJP leaders, including UP chief minister, Yogi Adityanath, MP Parvesh Varma, Union Minister of State for Finance, Anurag Thakur and others, had accused the AAP of backing the Shaheen Bagh protesters demonstrators against the Citizenship Amendment Act (CAA) since December 15.

Arvind Kejriwal, in his victory address following his oath-taking ceremony, told a large gathering that he had put the bitter electioneering which preceded the polls, behind. The Delhi chief minister remarked that he had "forgiven" his opponents for the vicious comments they made during the course of the poll campaign.

Arvind Kejriwal assured the crowd gathered at Ram Lila Maidan that the AAP government would work in close coordination with the Centre. He also sought Prime Minister Narendra Modi's blessings.

Arvind Kejriwal's AAP scored a stunning victory in the Delhi assembly polls winning 62 out of 70 seats. While, the BJP managed to improve its tally from 3 to 8 seats, it still fared well below its own expectations. The Congress failed to win a single seat.

Ujjwala beneficiaries to get 3 free LPG cylinders in Suryapet district