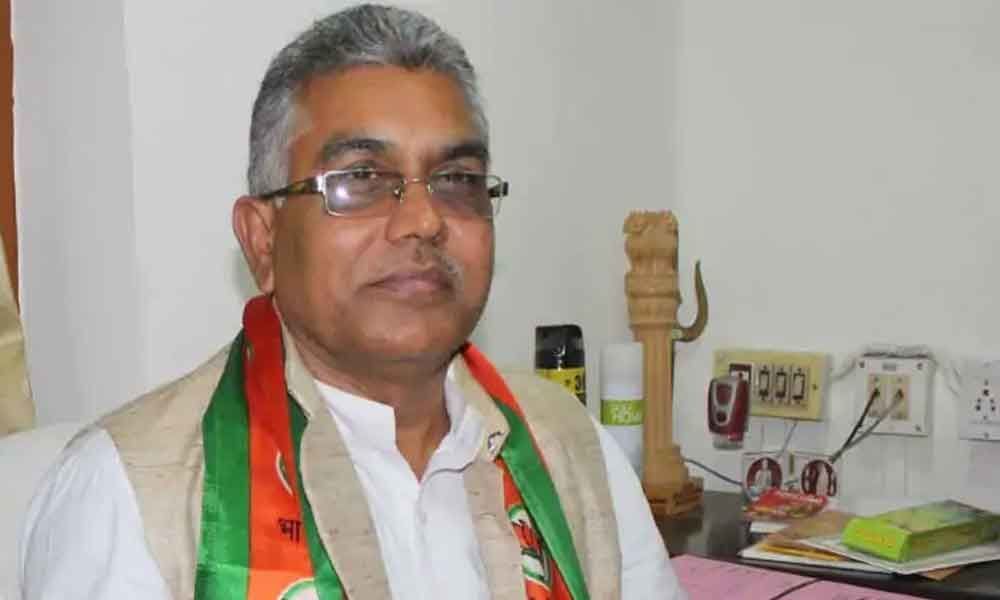 West Bengal BJP chief Dilip Ghosh on Saturday hit out at Nobel laureate Amartya Sen for his comment on the 'Jai Shri Ram' slogan, saying the economist is not aware of the ground realities as he stays abroad.

KOLKATA: West Bengal BJP chief Dilip Ghosh on Saturday hit out at Nobel laureate Amartya Sen for his comment on the 'Jai Shri Ram' slogan, saying the economist is not aware of the ground realities as he stays abroad.

Ghosh also accused a section of intellectuals of turning a blind eye to the killings of BJP workers in West Bengal for chanting the slogan.

"He (Sen) stays abroad, he is not aware of the ground realities. It will be good for everybody if he continues to stay abroad," Ghosh said.

The BJP leader's comments come a day after Sen, speaking at a programme at the Jadavpur University here, said unlike 'Maa Durga', the 'Jai Shri Ram' slogan is not associated with the Bengali culture and is used as a "pretext to beat up people".

The remarks of the economist, who was born in Birbhum district's Shantiniketan, came in the backdrop of sections of people in several parts of the country forcing others to chant 'Jai Sri Ram' and beating them up for refusing.

"There are a few intellectuals who are saying that 'Jai Shri Ram' is a political slogan used to lynch people. But the fact is that in Bengal dozens of our party workers are being killed and beaten up everyday for chanting 'Jai Shri Ram'," Ghosh told reporters.

Claiming that West Bengal tops the chart for political killings in the country, the state BJP chief said the intellectuals in the state are mum over such incidents.

"Why are they (intellectuals) silent on the issue of political killings? The fact is that they can't act impartially and are prejudiced against the BJP," Ghosh said.

Senior TMC leader and state minister Purnendu Bose, however, said the BJP is using the 'Jai Shri Ram' slogan for serving its political agenda in the state.

"The 'Jai Shri Ram' slogan has nothing to do with religion. It is a political slogan used by the BJP to serve its purpose," he said.