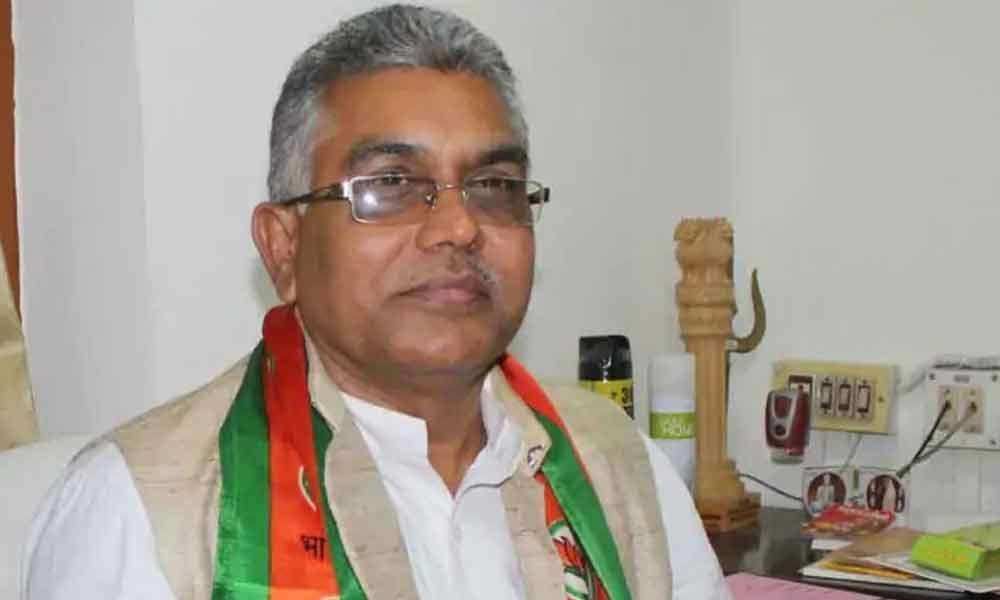 The Communist Party of India-Marxist (CPI-M) had earlier raised their concerns before the Chief Electoral Officer over Ram Navami celebrations during the election.

Asked about opposition parties' claim that this act during the election was aimed at creating a communal divide, Ghosh said: "If carrying weapons means breaking the code, then the weapons of the jawans and Goddess 'Kali' should also be taken away from their hands.

People who are not man enough speak all these things." He explained that he has taken up arms for good. "We have taken up weapons to protect the women folk. That is why Kharagpur has become peaceful," he said.

The BJP leader mentioned that if the State administration indulges in wrong-doing and gives shelter to miscreants, he will come in between.

"Festivities are meant for frenzied celebration. If anyone has a problem, he must alter their thinking. The entire nation is in a celebration mood as Lord Ram represents truth and devotion.

He (Lord Ram) will be there for generations, these people will come and go," Ghosh said. According to him, elections have nothing to do with celebrations.

Everything cannot be related to votes and the party is doing its work and people will decide". Weapons are a symbol of power," he opined.