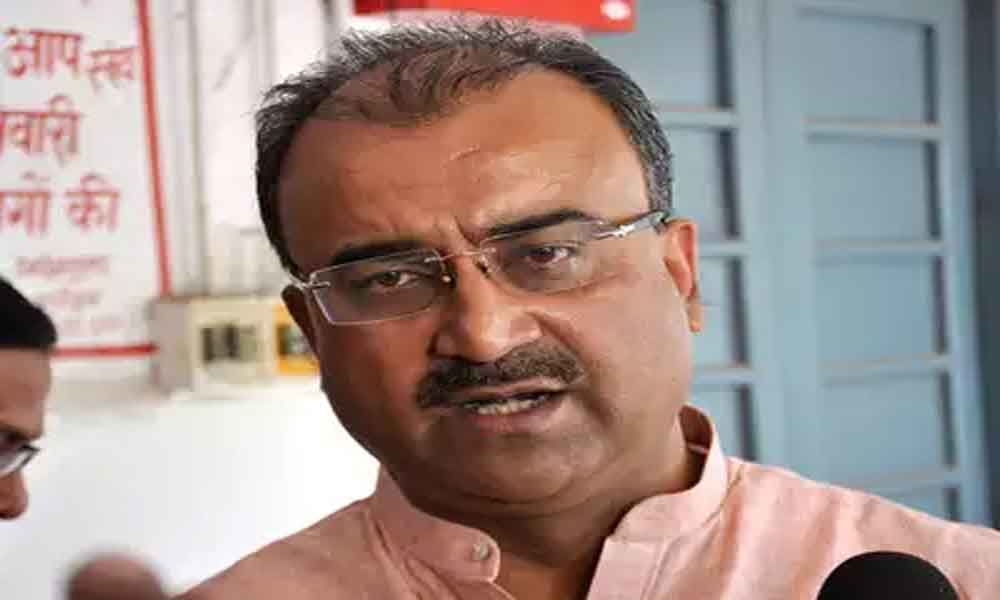 State Sports Minister Pramod Kumar said that Pandey was unable to take part on Monday as he was busy with other engagements.

Patna: Bihar Health Minister Mangal Pandey is making headlines for all the wrong reasons. This time, the minister skipped a key campaign for International Yoga Day which will be observed on June 21.

State Sports Minister Pramod Kumar said that Pandey was unable to take part on Monday as he was busy with other engagements.

In order to create awareness about the benefits of Yoga and encourage locals to practice it for their mental and physical well being, the state government took out a rath yatra on Monday. Last year also, thousands of people took part in the International Yoga Day celebrations at the Patliputra Sports Complex in Patna.

Yesterday, Pandey was in the news after he failed to control the urge to ask for an update on the India-Pakistan cricket match during a meeting with central ministers over the outbreak of Encephalitis, a disease which has claimed over 100 lives in the state.

Seated beside Union Health Minister Harsh Vardhan and MoS Health Ashwini Kumar Choubey in the meeting that took place on Sunday, Pandey asked, "How many wickets have fallen?"

Someone replied, "Four wickets down." On Sunday, India registered a thumping victory against Pakistan by 89 runs at Old Trafford stadium in Manchester.

In Muzaffarpur, the death toll due to encephalitis mounted to 104 on Monday, officials said. According to official data, over 80 children have died in Sri Krishna Medical College and Hospital (SKMCH), while 17 have lost their lives in Kejriwal hospital in the city.