Bouquets, brickbats for the apex court 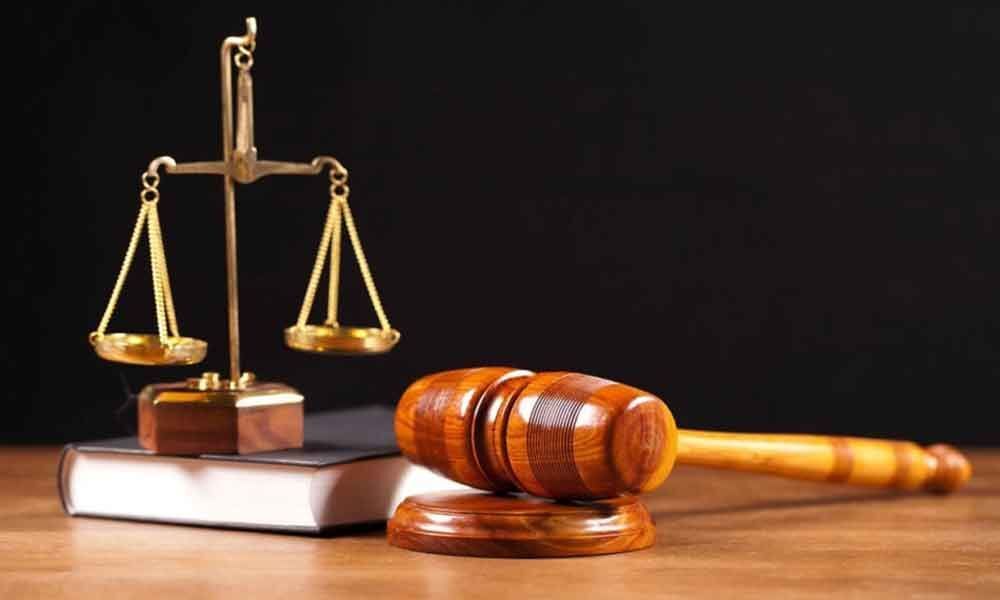 As was expected, the ‘Tukde-Tukde’ gang has once again, but not finally, used its ‘Brahmastra’ to malign the image of the country’s highest judiciary, obviously for partisan politics!

As was expected, the 'Tukde-Tukde' gang has once again, but not finally, used its 'Brahmastra' to malign the image of the country's highest judiciary, obviously for partisan politics!

Notwithstanding the genuineness or otherwise of the charges of sexual harassment levelled by a woman staff member of the Chief Justice of India, Ranjan Gogoi, there are more than one reasons to believe that she has been used as a pawn by the designers of the larger conspiracy whose sole motto is to tarnish the reputation of the judiciary at any cost by hook or crook.

By doing so, perhaps the anti-national Tukde-Tukde gang and its sympathisers want to create chaos and anarchy in the country so as to destabilise the justice delivery system.

But these menials do not know that the people of this great country cannot be fooled by such dirty tricks of the divisive forces who obviously maintain a full battery of the so-called intellectuals to break the country.

Happily, the earlier attempts to defame the head of the country's judiciary have miserably failed. In cases of Justice Kehar and Justice Dipak Misra , the anti-national gang had to bite the dust. Despite the humiliation suffered by this shameless gang, it has once again embarked upon the same vicious adventurism.

True, the purists and the blind followers of Rule book have shown their concern for following the due course of law in the face of the allegations of sexual harassment. The law only recognises the 'Offence' and not the 'Offender.' This is the settled position and universally recognised maxim of law.

Therefore, the apex court has taken the legal note of the allegations and constituted a committee of three of its Judges including two female Judges. Meanwhile, the Tukde-Tukde gang and its hounding pseudo-intellectuals have started pointing accusing finger at a whistle-blower young lawyer of the Supreme Court, Utsav Bains, attributing motives to him.

In fact, this lawyer deserves kudos for the guts he has shown to 'expose' the alleged nexus between the dreaded terrorist like Dawood Ibrahim and the big business houses.

In a recent incident, a couple of the staff concerned of the apex court were caught red-handed and therefore, punished. Advocate Bains has already provided cogent proof of the evil designs of the anti-national criminals to the court.

Perhaps, what the government and Parliament could not do to set right the anti-national gangs , the judiciary would be able to do in the near future. The anti-nationals have dug their own grave, albeit for the good of the country.

Meanwhile, Sanpreet Singh Ajmani, president of the Youth Bar Association of India, has filed a public interest writ petition for issuance of order or direction for framing of guidelines regarding protection of identity, reputation and integrity of the individuals, allegedly accused of 'sexual offences' till the completion of the investigation regarding the 'truthfulness' of such allegations.

The petitioner in his affidavit said, "false accusation sometimes destroys the entire life of an innocent person and there have been instances where the person who have been falsely implicated have even committed suicide.

It does not only destroy an individual's life but creates a social stigma to the family members too." The petitioner seeks the court to frame the guidelines like it had earlier framed in Vishaka & Ors. V. State of Rajasthan to protect the identity of victim and to safeguard the victim from facing the social stigma.

The sessions court in Surat on April 26 convicted Narayan Sai, son of the jailed Godman Asaram Bapu, in a rape case. The court will pronounce the sentence on April 30. Asaram has already been convicted in a rape case in Jodhpur and is serving a life term.

No bail for Nirav Modi

Nirav Modi , an Indian fugitive businessman, has been denied bail by a court in London following which he has been further remanded till May 24. A full hearing has been scheduled for May 30. This was his third bail application since he was arrested.

Nirav Modi, presently being held at Wandsworth prison in London since March, is allegedly responsible for the Rs 13,000 crore Punjab National Bank scam.

In India, the Enforcement Directorate has registered a case against Modi and others under the provisions of Money Laundering Act after CBI registered an FIR against him under Sections 120-B read with Section 420 of IPC read with Section 13 (2) and 13 (1) (d) of Prevention of Corruption Act, 1988.

After Nirav Modi fled the country the Enforcement Directorate has attached his assets worth Rs 1,873.08 crore and has also seized assets owned by him and his family worth Rs.489.75 crore.

Another fugitive industrialist Vijay Mallya has been crying hoarse from London after his assets worth 14,000 crore were seized against the swindled amount of Rs.9,000 crore. These two incidents would act as warning shots for other unscrupulous borrowers.

M/s. Pepsi Co, a soft drinks manufacturer and manufacturer of 'Lay's' brand of potato chips, has filed a suit in the Ahmedabad City Civil Court, seeking a permanent injunction to restrain the four farmers from infringing its plant variety.

The company has also sought an ad interim injunction and damages of Rs 1.05 crore from each of the four farmers who allegedly infringed its patent rights for the registered potato plant variety 'FL 2027' (commercial name FC5), used in the manufacture of its Lay's potato chips. It contended that its statutory rights under Sections 64 and 65 of the Protection of Plant Varieties and Farmers' Rights Act, 2001 were being violated by the farmers.

However, the counsel for PepsiCo submitted before the court that the company was willing to enter into license agreements with the farmers so that they may use its plant variety, and added, the company was not keen on pursuing the damages sought in the plaint.

The Telangana High Court came down heavily on the officials of the Telangana Board of Intermediate Education (BIE) when they exhibited reluctance to address the grievances of over three lakh students who were declared as failed.

Terming the suicide by over a dozen 'failed' students and large-scale goof-up in the results of the Intermediate examinations as Tsunami, the Acting Chief Justice Raghavendra Sing Chauhan directed the BIE to revalue all the three lakh plus papers of the failed students.

The orders were passed by the High Court based on a PIL filed by the Hyderabad-based child rights association, called Balala Hakkula Sangham .