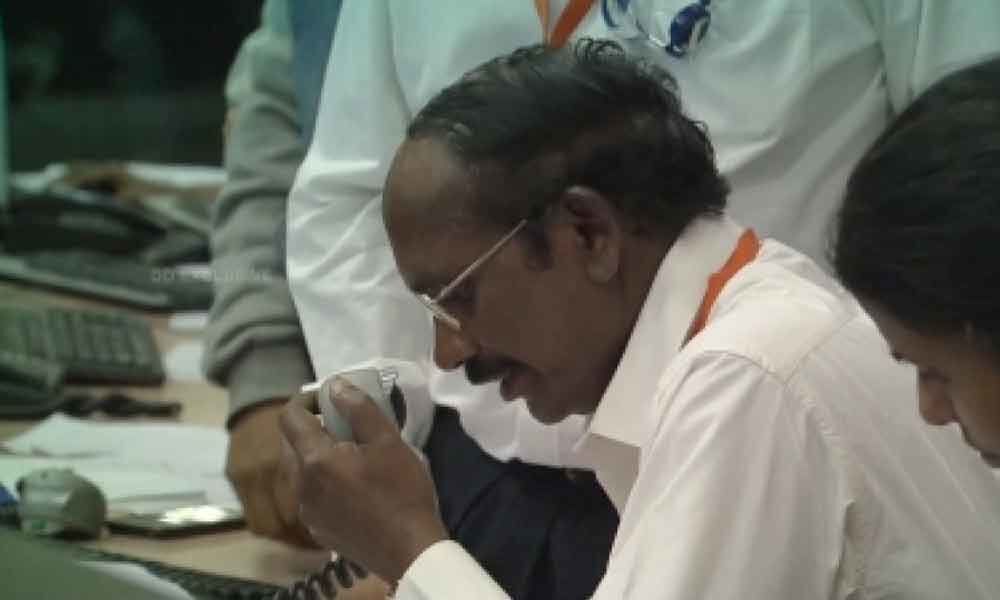 What could have been a historic moment got both India and the world was put on hold when ISRO lost all communication with moon lander Vikram. Scientist Sivan from ISRO was seen crying profusely once the development came into foray. PM Modi was seen trying to pacify the scientist. Indians all over the world got emotional seeing the chief's state of mind and sent in emotional messages via social media platform Twitter. Here are some reactions.

Dr K Sivan and the entire @isro team both in the present & past have strived for this incredible effort. Bit of slip from cup to lip but I'm sure these brilliant scientists with relentless dedication will persevere & get us to the moon. Jai Hind. -Sg #Chandrayaan2 #ISRO

If this pic doesn't make u cry, nothing will.

Still we r so so so proud on ISRO n their team... #Chandrayaan2 pic.twitter.com/fZEQiCsP19

I'm not crying, you are 😢 #Chandrayaan2 pic.twitter.com/HzPImpkpPO

Imagine, if we are this heartbroken, what must be the feelings of the @isro scientists. But we will do it the next time. Sometimes, failure is a better teacher than success. Proud of our scientists. #Chandrayaan2

Heartbreaking!!! This country is proud of you Mr.Sivan #Chandrayaan2 pic.twitter.com/Vm0tjhyp00