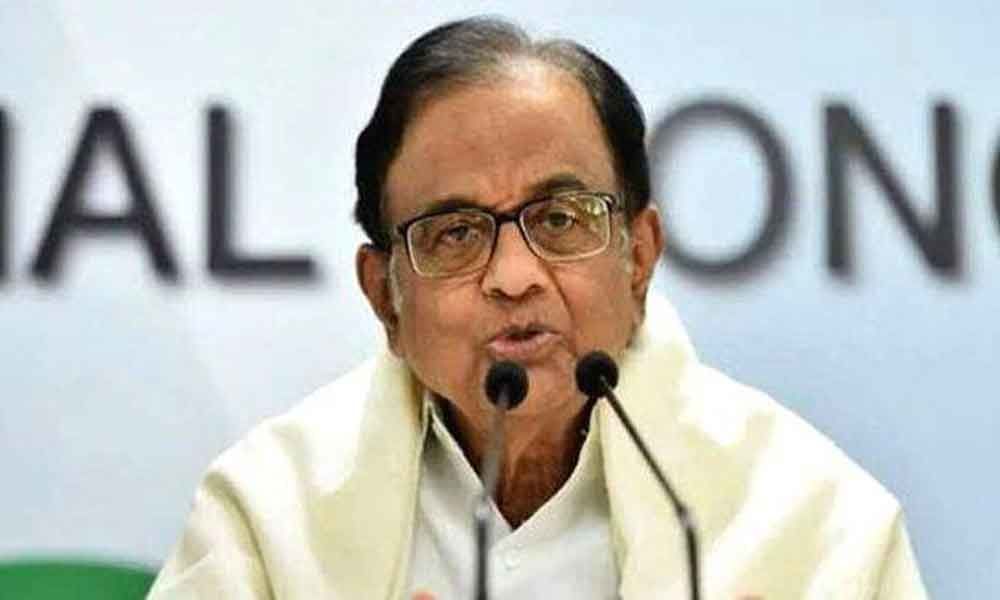 As the death toll in the violence between pro and anti CAA protestors in the city increased to 20, Former Union Minister and Congress leader P....

NEW DELHI: As the death toll in the violence between pro and anti CAA protestors in the city increased to 20, Former Union Minister and Congress leader P. Chidambaram on Wednesday criticised the Delhi Police and the Centre in a series of tweets for failing to control the law and order situation.

"The violence has continued since Monday and even now there are incidents of violence. It shows the colossal failure of the Delhi Police," tweeted Chidambaram.

A special sitting of the Delhi High Court was convened at 12.30 am at the residence of Justice Muralidhar under the orders of the senior-most Judge, Justice G.S. Sistani, after Justice Muralidhar received a call from Suroor Mander, Advocate explaining the dire circumstances under which certain grievously wounded victims were unable to be removed from the Al Hind Hospital in New Mustafabad, a small hospital which lacks the facilities for treating seriously wounded persons, for treatment at the GTB Hospital in Dilshad Garden.

The Congress leader also slammed the Central government in a tweet, "Whether the violence in East Delhi was instigated (MOS-Home) or spontaneous (MHA), the government has a duty to end the violence."

Whether the violence in East Delhi was instigated (MOS-Home) or spontaneous (MHA), the government has a duty to end the violence.

"Still not too late, the government should listen to the voices of the CAA protesters and declare that the CAA will not be held in a derogatory manner until the Supreme Court decides on its legality," he added in a follow-up tweet.

He also said, "India lives with the Citizenship Act 1955 without amendment. Why is there a need to amend the Act now? The amendment (CAA) should be abandoned further."

Clashes between pro and anti-Citizenship Amendment Act (CAA) protesters have taken place at various places in the North-East District of Delhi causing the death of 20 people.