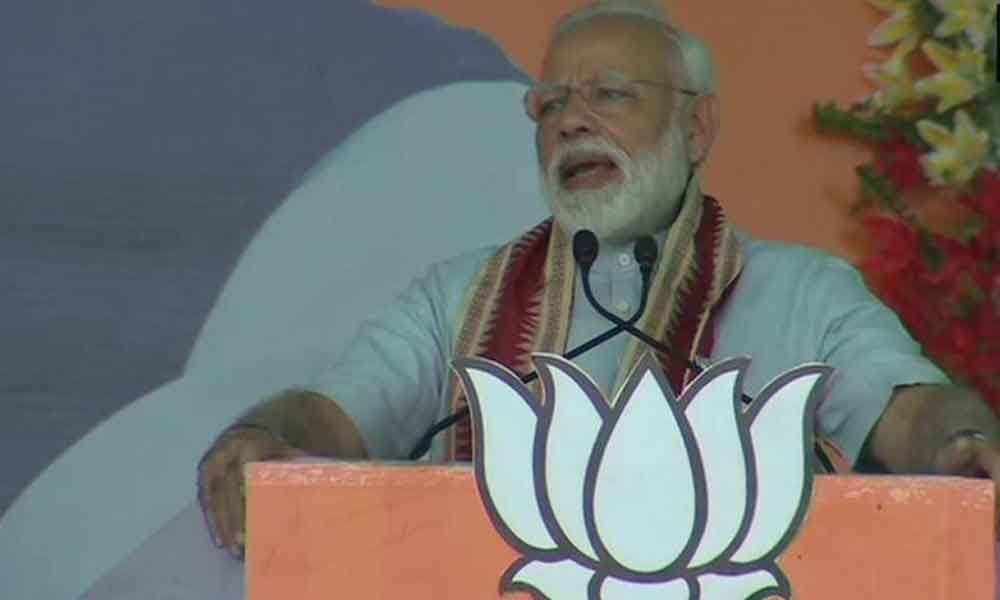 Prime Minister Narendra Modi on Tuesday said the Congress and the ruling Biju Janata Dal (BJD) in Odisha have hatched a conspiracy to keep the people poor for their vote bank politics.

"Parties like Congress and BJD conspired to keep the poor of the country poor. They deceived the poor. They treated them as vote bank," said Modi while addressing an election rally at Bhawanipatna in Kalahandi district.

Modi said Odisha is going to repeat the history created by Uttar Pradesh in 2017 and Tripura in 2018 as he urged the people to vote for the Bharatiya Janata Party (BJP) to achieve 'double engine' growth at the Centre and at the state.

He said that eight lakh people in Odisha got pucca houses in five years of BJP government at the Centre while 24 lakh houses got free electricity connections and 3,000 villages got electricity for the first time after Independence.

Besides, 40 lakh poor households got free gas connections under Ujjala scheme and 50 lakh toilets were built in the state, Modi added.

"All of these things were not done by Modi. It is your vote that brought positive changes in the country," he said.

Maintaining that the BJD government is neck deep in corruption, the Prime Minister asked the people: "Do you want mining mafia and chit fund looters or a Chowkidar."

He said the BJD is the enemy of poor farmers.

The party has been a wall between PM-KISAN scheme and farmers as Odisha has no farmer being enrolled under the scheme, he added.

"I have worked for you despite no cooperation of state government. This Chowkidar has taken advantage of Centre's schemes to help you," said Modi.

He said 19 years are enough for the development of the state but BJD leaders have taken the votes for granted.

"You trusted the BJD for 19 years, but it's now time for transformation and to bring BJP again. You need to vote for double engine growth," said the Prime Minister.