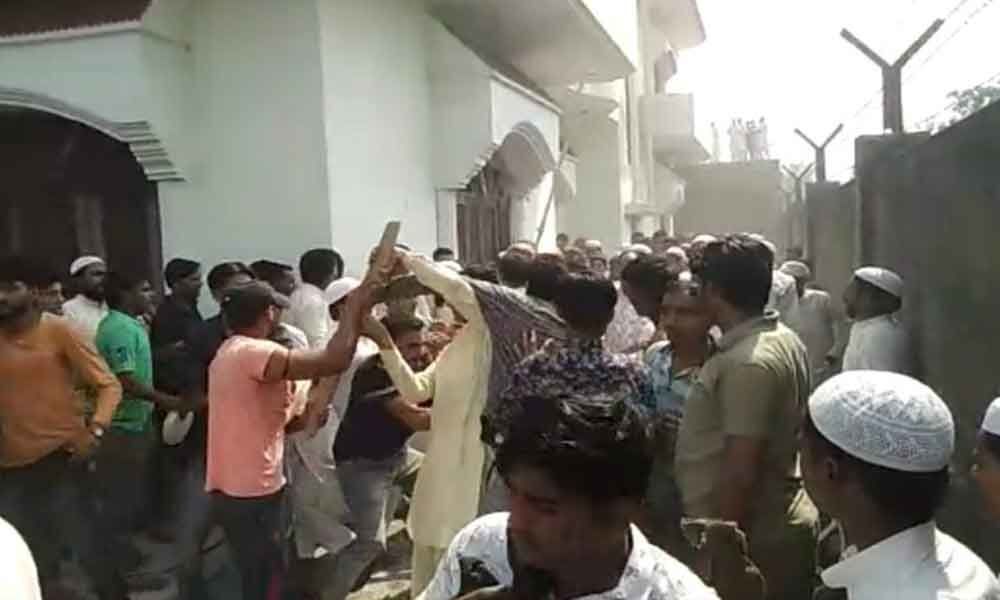 The election meeting was organised at the residence of former MLA Maulana Jameel, who recently switched over to the Congress, at Tadheda village under Kakroli police station on Saturday.

Muzaffarnagar: Several persons were injured in clashes among supporters of Congress's Bijnor candidate Nasimuddin Siddiqui over biryani, which officials said was being served at an election meeting without permission, prompting authorities to lodge a police case and arrest nine.

The election meeting was organised at the residence of former MLA Maulana Jameel, who recently switched over to the Congress, at Tadheda village under Kakroli police station on Saturday.

Biryani was to be served for lunch after the meeting, but clashes erupted as those present there scrambled for the first serving, officials said.

Police rushed to the spot and dispersed the violent mob.

A case has been lodged against 34 persons including Jameel and his son Naeem Ahmad under various sections of the IPC and for violation of the model code of conduct, Circle Officer Ram Mohan Sharma said, adding that nine persons have been arrested so far in connection with the incident.

He said security has been tightened in the village and additional forces have been deployed to check any further violence.

Jameel switched over to the Congress from BSP last week. He was elected from the Meerapur assembly constituency in 2012.

Bijnor will vote in the first phase of Lok Sabha elections on April 11.