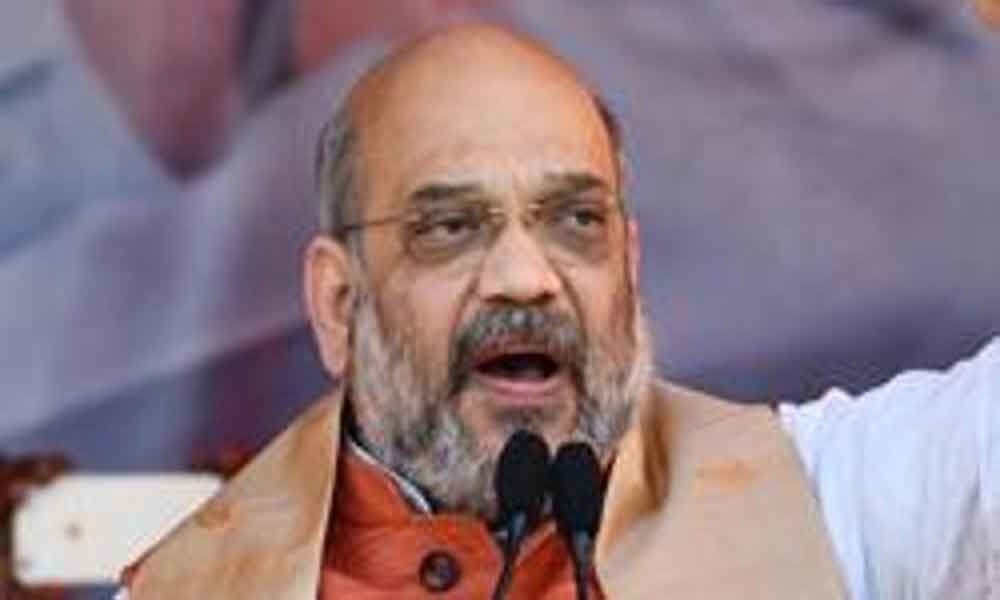 Paralakhemundi: BJP president Amit Shah Monday lashed out at the Congress, accusing the grand old party of trying to "defame" Hindus by giving them a terror tag.

"Rahul (Gandhi) Baba's party attempted to link Hindu community with terrorism. It was a bid to defame Hindus across the world," Shah said, addressing a rally in Paralakhemundi under the Berhampur Lok Sabha constituency, which will go to polls in the first phase on April 11.

Hitting out at the Congress, the BJP chief said thousands, including Swami Aseemanandji, were recently acquitted in the Samjhauta Express blast case. "Unfortunately, the then Congress government compromised with national security by allowing the real culprits in the case to go scot-free.

These people have no concern for national security," Shah said. He called upon people to oust the Naveen Patnaik government in Odisha to ensure a corruption-free administration. Shah alleged that corruption is rampant under the BJD rule in the state, which needs a "young chief minister" for speedy development. "The BJD govt adopted a step-motherly approach towards west and central Odisha, for which these parts remained backward.

People of the state need to overthrow the current dispensation and ensure a second term for Narendra Modi as PM," he said. Shah also accused Chief Minister Patnaik of failing to learn Odia in 19 years. "People must choose an Odia-speaking CM this time," he said. The assembly and the Lok Sabha polls in the state will be held simultaneously in four phases on April 11, 18, 23 and 29. The BJP has set a target of winning at least 120 of the 147 assembly seats in Odisha.