Dam Safety Bill 2019 passed in Lok Sabha, this is what it means 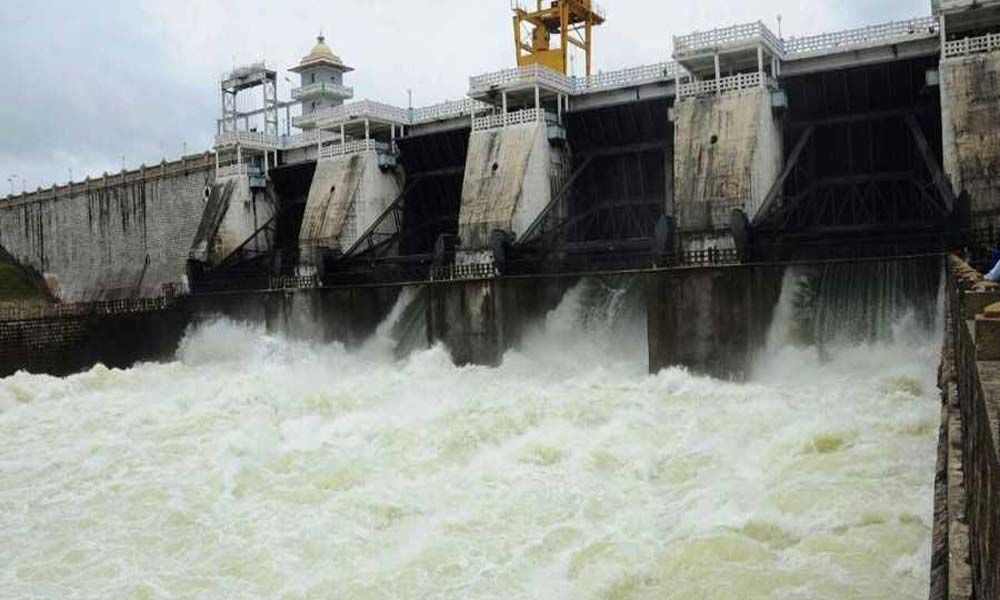 The bill envisages a two-tier structure at national as well state level to ensure safety of dams in the country.

NEW DELHI: A bill seeking to set up an institutional mechanism for surveillance, inspection, operation and maintenance of specified dams across the country was passed by Lok Sabha on Friday with the centre asserting it has no intention of taking over power of the states The provisions of the bill is proposed to be applied to all specified dams in the country which have height of more than 15 metres, or between 10 metres to 15 metres.

Responding to the debate on the Dam Safety Bill, 2019, Jal Shakti Minister Gajendra Singh Shekhawat said the centre has no intention of taking over the powers of the state through the draft law.

Water is a state subject. Shekhawat said that in 2016, states were consulted on the bill and most agreed that it is better than the 2010 draft.

The Minister asserted that through the proposed law the centre does not want to take control of the dams, water or power generated by it. He also made it clear that there will be no interference on part of the centre or the Central Water Commission officials.

The centre has formulated an emergency action plan for 180 dams.

Referring to the Polavaram project in Andhra Pradesh, he said as the state government has cancelled the tender, the cost of the project is likely to go up over the years.

He said Parliament has the legislative competence to draft laws which relate to public security and safety.

The bill envisages a two-tier structure at national as well state level to ensure the safety of dams in the country, said Jal Shakti Minister Gajendra Singh Shekhawat while moving the bill.

Observing that safety of dam is extremely important as it concerns lives of people, property and flora and fauna, the Minister said: "there is a need to have a common protocol for the safety of dams in the country."

Among other things, the bill also seeks to resolve the inter-state issues concerning maintenance and safety of dams, he said, adding as many as 92 per cent of dams in the country are on inter-state river basins.

He further said that 40 dams have collapsed in India since Independence and worst such disaster occurred in Gujarat in 1979 leading to loss of thousands of lives of people.

The dam collapse always becomes an international issue, he said, adding it would be a matter of national shame if it is found the collapse was on account of poor maintenance.

The present bill is based on the earlier draft bill which could not be pushed in the previous Lok Sabha, he said.

It includes various suggestions of the Standing Committee which had scrutinised the earlier bill.

The bill, he added, envisages constitution of a National Committee on Dam Safety headed by the Chairman, Central Water Commission.

While supporting the bill, Tajasvi Surya (BJP), however, said the legislation does not fix accountability if there is the failure of a particular dam.

The panel will formulate policies and regulations regarding dam safety standards and prevention of dam failures, and analyse causes of major dam failures and suggest changes in dam safety practices.

The legislation also envisages setting up of a National Dam Safety Authority to be headed by an officer, not below the rank of an Additional Secretary, to be appointed by the central government.

The main task of the National Dam Safety Authority includes implementing the policies formulated by the National Committee on Dam Safety, resolving issues between State Dam Safety Organisations (SDSOs), or between an SDSO and any dam owner in that state, specifying regulations for inspection and investigation of dams.

The NDSA will also provide accreditation to agencies working on construction, design and alteration of dams.

The proposed legislation also envisages constituting a State Dam Safety Organisation whose functions will be to keep perpetual surveillance, inspection, monitoring the operation and maintenance of dams, keeping a database of all dams, and recommending safety measures to owners of dams.

The bill provides for two types of offences --- obstructing a person in the discharge of his functions, and refusing to comply with directions issued under the proposed law.

As per the provisions of the bill, offenders will be punishable with imprisonment of up to one year, or a fine, or both.

If the offence leads to loss of lives, the term of imprisonment may be extended up to two years.

Offences will be cognisable only when the complaint is made by the government, or any authority constituted under the bill.

Participating in the debate, Congress leader in Lok Sabha Adhir Ranjan Chowdhury said there are still issues to be resolved and urged the Centre not to encroach upon the rights of state governments.

N K Premachandran (RSP) raised concerns about an additional secretary rank official to be chairman of the Dam Safety Authority and absence of appellate authority, saying the latter issue is against principles of natural justice.

She urged the government not to bring pieces of legislations that ride roughshod over the states' rights.

Sharing Barne (Shiv Sena) through the Bill the government should ensure that there is no encroachment on the rights of the states.

Sunil Tatkare (NCP) stated that there were some lacunae in the bill and added that it does not talk about the recovery of minor and medium dam projects.

B Mahtab (BJD) was of the view through the bill was good and a lot of steps were taken to make it better, still there were many incongruities in the bill.

He said the state should be empowered so that they can take care of themselves.