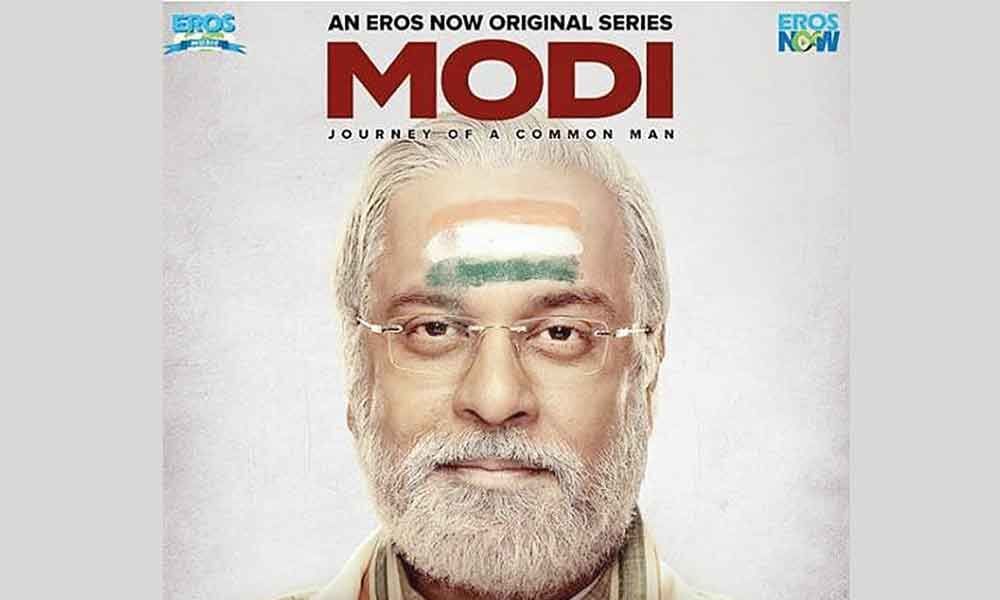 Citing the Model Code of Conduct for the Lok Sabha polls, the Election Commission on Saturday directed Eros Now to immediately take down a web series on Prime Minister Narendra Modi and all related contents till further orders.

New Delhi: Citing the Model Code of Conduct for the Lok Sabha polls, the Election Commission on Saturday directed Eros Now to immediately take down a web series on Prime Minister Narendra Modi and all related contents till further orders.

The EC order said the streaming of five-episode web series, "Modi- Journey of a Common Man", should be "stopped forthwith". After watching the trailer, the EC said, it is apparent that the web series showcases different phases of Modi's life -- from childhood to becoming a national leader.

The poll watchdog cited its April 10 order banning the screening of a biopic on the PM till the Lok Sabha election is over, to bar the streaming of the series. There was no immediate response from Eros Now producers.

In its order staying the release of the biopic, the EC had said that "any biopic material in the nature of biography/hagiography sub serving the purposes of any political party or any individual entity connected to it, which is intended to, or which has the potential to disturb the level playing field during the election, should not be displayed in electronic media, including cinematograph during the operation of MCC".

The EC on Saturday said, in view of the admitted facts and material available on record, the web series is based on Modi, who, besides being the PM, is also a political leader and a candidate in the Lok Sabha election. Therefore, the EC said, the series cannot be streamed.

"In view of the above, you are hereby directed to stop forthwith the online streaming and remove all connected contents of the web series till further orders," it told Eros Now. It also asked the company to send a compliance report immediately.

Earlier, the producers of biopic "PM Narendra Modi" approached the Supreme Court challenging the EC stay. The apex court asked the Election Commission to watch the biopic and come up with a considered view. The matter will come up for hearing on Monday.