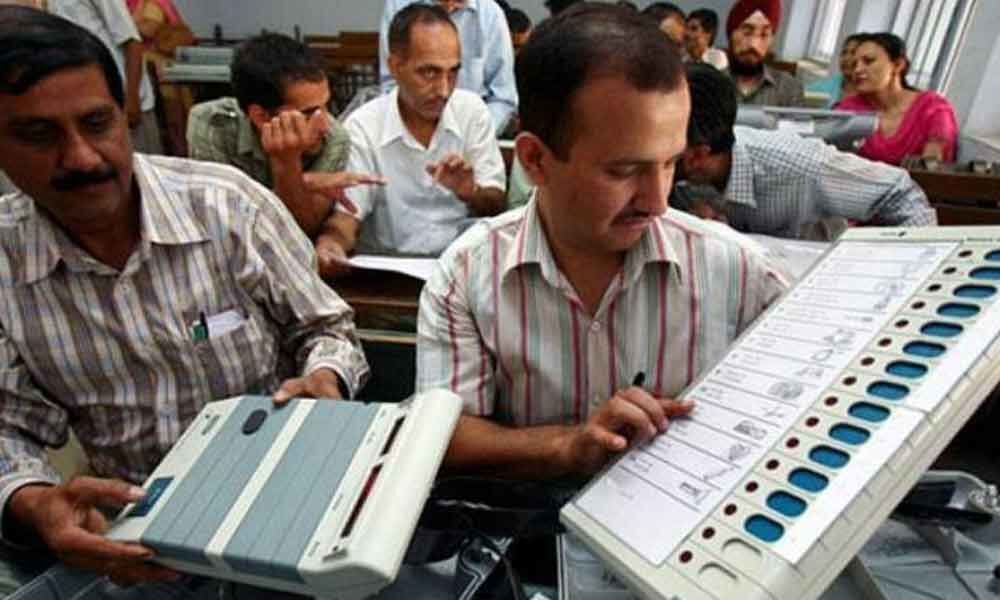 A declaration should be signed regarding the Do's and Don'ts of mobile usage inside the counting halls, said the Election Commission has said.

NEW DELHI: On Wednesday, to make sure the transparency during the counting process for the results of the 2019 Lok Sabha elections, the Election commission of India has imposed a restriction over the use of mobile phones inside the counting hall.

The Commission has said this mobile can be used only to receive one-time password (OTP) for the GBP so that officials can log into the EBP and start the counting process.

The Election Commission said in its order, "The mobile handsets will be switched on only to receive OTP and be switched off once the system is logged on to ETPBS."

According to the Commission, after the OTP is received and counting begins, the mobile phone will be kept aside in the custody of RO/ARO/Observer, or the senior most officer in the counting hall. Phones will remain switched off mode till the counting is over.

"In case login is closed for some reasons, the counting supervisor can get the mobile from the officer to whom the mobile set was submitted to receive OTP once again for enabling him/her to re-login, and after re-login, s/he should return the mobile to same officer in switched off mode," the order states.

A declaration should be signed regarding the Do's and Don'ts of mobile usage inside the counting halls, said the Election Commission has said.