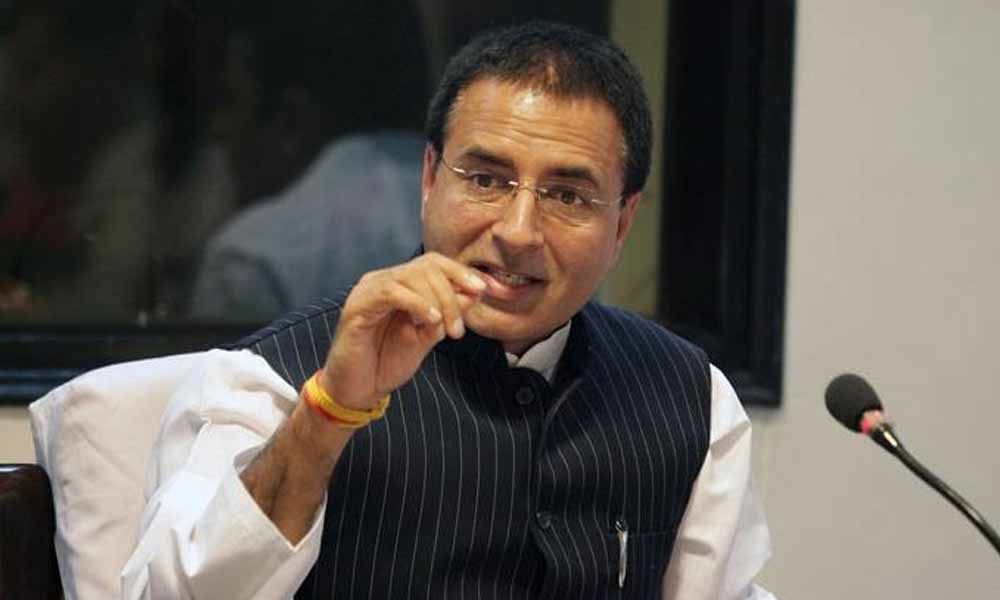 The Congress said on Friday that the Enforcement Directorate's supplementary charge sheet in the AgustaWestland VVIP Chopper scam case was a "cheap election stunt" to divert the people's attention from the "imminent defeat" of the Narendra Modi dispensation in the Lok Sabha election.

New Delhi: The Congress said on Friday that the Enforcement Directorate's supplementary charge sheet in the AgustaWestland VVIP Chopper scam case was a "cheap election stunt" to divert the people's attention from the "imminent defeat" of the Narendra Modi dispensation in the Lok Sabha election.

Congress chief spokesperson Randeep Surjewala said a "panic-stricken" Modi government is using "rehashed insinuations" through its "puppet" Enforcement Directorate, which it dubbed as "Election Dhakosla" (sham) for "manufacturing lies". "A single uncertified page leaked by ED of a purported charge sheet is a cheap election stunt to divert attention from imminent defeat of Modi government. The ED has become 'Election Dhakosla' of a government manufacturing a lie a day," he told reporters. "All these rehashed insinuations and lies were bundled out earlier too through a set of pliable media.

Ultimately, they failed in an international court and were rejected as trash. A panic-stricken Modi government and its puppet ED will not be able to change the 'exit date and fate' of a government and PM already rejected by the people," Surjewala said. He said parts of the charge sheet were "selectively leaked" to the media to score political points. The Congress leader said the Modi government loses all litigations against AgustaWestland/Finmecanica and on January 8, 2018, an Italian Appeals Court acquitted Giuseppe Orsi, former chief executive, and Bruno Spagnolini, former head of helicopter unit, from any wrongdoing in the sale of 12 helicopters to India. The Modi government was a civil party for damages, he said.

Surjewala said on September 17, 2018, a higher court in Milan, Italy affirmed the order in a 322-page detailed judgement and upheld the finding of "no graft or wrongdoing" by any Indian official. "Modi government was a party in the case and lost. Modi government has chosen to not file an appeal in the matte," he said. Christian Michel, the alleged middleman arrested in the AgustaWestland VVIP choppers deal case, is understood to have identified the initials "AP" in the charge sheet charge sheet filed by the Enforcement Directorate (ED) before a court here on Thursday.

The agency, in its supplementary charge sheet filed under the Prevention of Money Laundering Act (PMLA), said "a part of kickback was paid to defence officials, bureaucrats, mediapersons and important political persons of the ruling party" when the deal was being struck. The charge sheet said according to the "budget sheet, 30 million euros were paid to Air Force officers, bureaucrats and politicians" to swing the deal in the favour of AgustaWestland for purchasing the choppers to ferry VVIPs across the country. Michel told a Delhi court Friday that he has not named anybody in connection with the deal during investigation by the Enforcement Directorate.