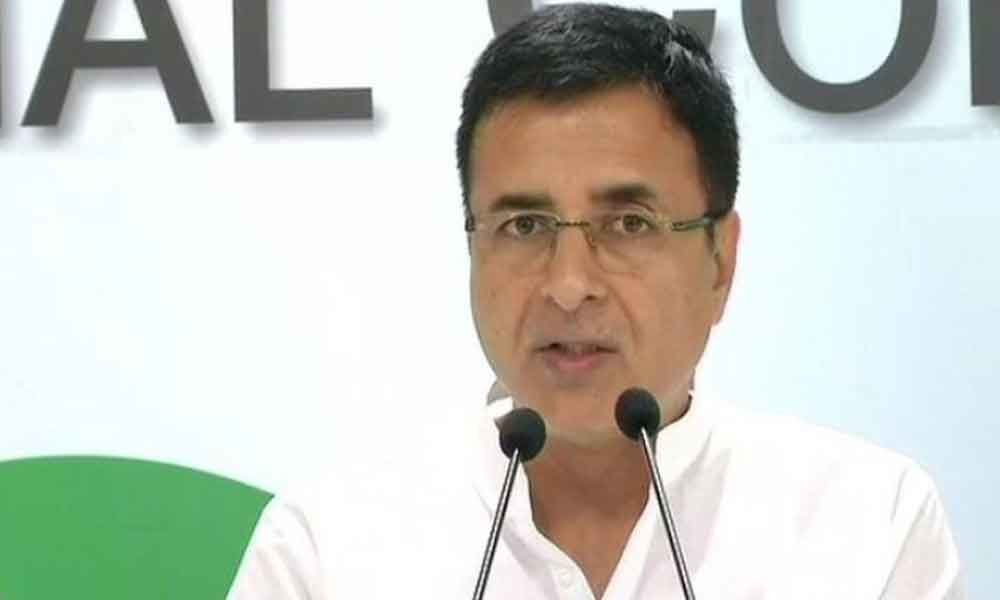 The Congress questioned the Election Commission's letting off of Yogi Adityanath with a light rap for his 'Modiji ki Sena' remark.

New Delhi: The Congress on Saturday questioned the Election Commission's letting off of Yogi Adityanath with a light rap for his "Modiji ki sena" remark, saying that the Uttar Pradesh chief minister "insults" the Indian Army and the poll body writes a "love letter" to him.

The opposition party also came down hard on the EC communication to NITI Aayog vice chairman Rajiv Kumar, saying he criticised the party's proposed minimum income scheme NYAY and the poll body told him "don't do it in future".

Why is the EC shying away from showing the mirror of truth to those in power, Surjewala asked. The EC was learnt to have let off Adityanath with a light rap for his "Modiji ki sena" remark, asking him to be more careful in the future.

Not satisfied with the remarks, the EC was learnt to have told him that be "more careful in his utterances in future", sources had said. The EC Friday also expressed "displeasure" over the NITI Aayog vice chairman's remarks against the Congress' proposed minimum income scheme 'NYAY' and said the comments violated the model code of conduct.

In a communication sent to Kumar, the EC asked him to be cautious in future while making statements.