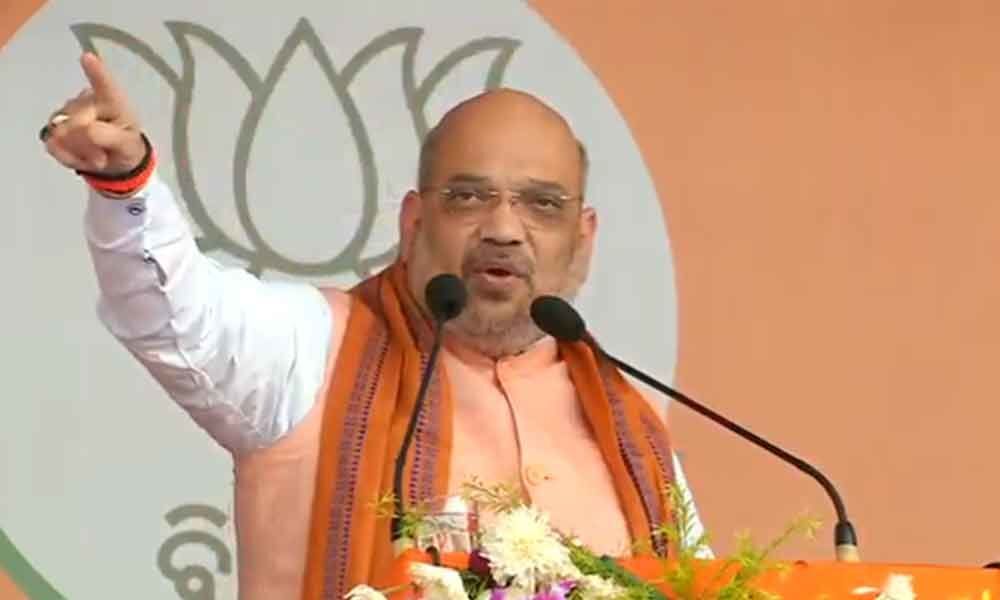 But, now for every bullet fired from across the border, the response is given with double the force, he told a rally in Jharkhand's Daltonganj town.

"Under former Prime Minister Manmohan Singh, Pakistan's alia, malia and balia (referring to terrorists) used to come and take away heads of our jawans after killing them."

"Even today, I can't forget the incident of Hemraj's beheading and his disrespect. But 'mouni (silent) baba' Manmohan Singh did not even utter a word," Mr Shah said.

On January 8, 2013, Lance Naik Hemraj was beheaded by Pakistan's Border Action Team along the Indo-Pak border, triggering a nationwide outrage.

He hit out at National Conference leader Omar Abdullah for advocating a separate Prime Minister for Jammu and Kashmir and asserted that the state is an inseparable part of India.

"We will remove Article 370 (of the Constitution) if you make Narendra Modi Prime Minister again," he said. The article grants special status to Jammu and Kashmir.

"Omar Abdullah wants a separate Prime Minister for Kashmir. Should there be two PMs for one country?" Mr Shah asked the gathering, which responded resoun-dingly in the negative.

He said as long as there is life in the last BJP worker, nobody can separate Kashmir from India. "Kashmir is the crown of India and nobody can snatch it," Mr Shah asserted.

Taking a swipe at the Congress for seeking proof of the Balakot airstrike, he said "When the nation was rejoicing... The Congress and Pakistan were mourning"

He also slammed aide Sam Pitroda for asking for more facts on the strike, which was conducted by the Indian Air Force on a terrorist camp in Pakistan's Balakot following the Pulwama terror attack.