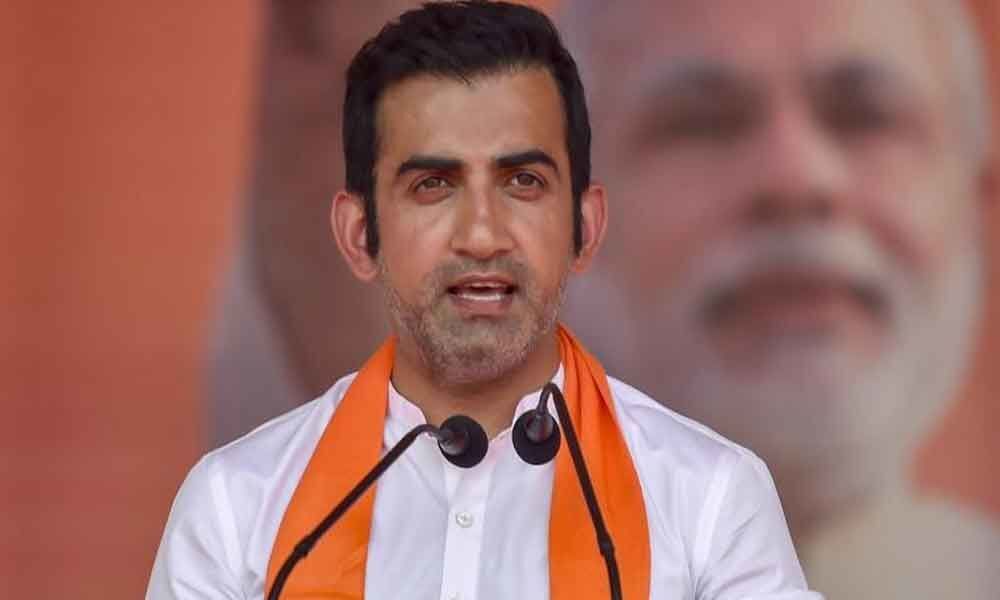 Delhi BJP chief Manoj Tiwari condemned the incident but added that people should be cautious while reacting to such reports.

New Delhi: Newly-elected East Delhi MP Gautam Gambhir on Monday termed as "deplorable" the alleged assault on a Muslim man in Gurugram and asked the authorities to take "exemplary" action in the matter.

His comments, however, did not go down well among a section of his partymen in Delhi, who said the words of the cricketer-turned-politician might be used against the BJP by the opposition parties.

Delhi BJP chief Manoj Tiwari condemned the incident but added that people should be cautious while reacting to such reports.

He claimed that some people, as part of a conspiracy, triggered such incidents in order to spread rumours and with a design to instill a sense of fear among Muslims.

"People need to be cautious so that they are not misled by such rumours. East Delhi MP Gautam Gambhir has reacted with innocence to this matter," Tiwari said in a statement.

A 25-year-old Muslim man was alleged slapped by a group of men in Gurugram on 25 May. The victim was also reportedly asked to remove his skull cap and forced to chant "Jai Shri Ram".

However, a section of Delhi BJP leaders expressed reservation over the tweet and said Gambhir's words might be used against the saffron party.

"Gambhir is no longer a cricketer and he should realise that his words and actions will be seen through the prism of politics.

"Nobody likes such incidents but what is the use of commenting on an incident in Haryana which may be used against the BJP by other parties," said a senior Delhi BJP leader.

My thoughts on secularism emanate from honourable PM Mr Modi's mantra "सबका साथ, सबका विकास, सब का विश्वास". I am not limiting myself to Gurugram incident alone, any oppression based on caste/religion is deplorable. Tolerance & inclusive growth is what idea of India is based on.

However, Gambhir said his secularism emanated from Prime Minister Narendra Modi's philosophy of "Sabka Saath, Sabka Vikas, Sabka Vishwas" and added that any oppression on the basis of caste or religion was deplorable.

Gambhir, who joined the ruling Bharatiya Janata Party (BJP) ahead of the just-concluded Lok Sabha polls, contested the election from East Delhi and defeated the Congress' Arvinder Singh Lovely by a margin of 3.91 lakh votes.

The Muslim man, identified as Mohamad Baker Alam, has alleged in his complaint to the police that four unidentified men accosted him in a lane in the Sadar Bazar area of Gurugram and objected to his wearing a skull cap.

"They removed my cap and slapped me, while asking me to chant Bharat Mata ki Jai. As I followed their instruction and chanted 'Bharat Mata ki Jai', they asked me to chant 'Jai Shri Ram' which I refused. At this, the men picked up sticks and began beating me mercilessly," he has said in the complaint.