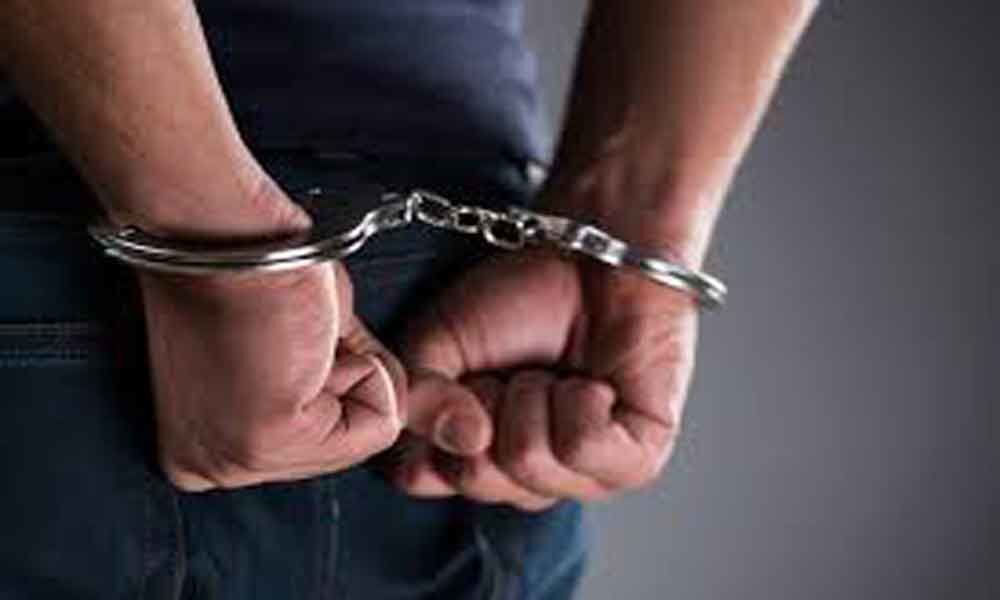 A man wanted in connection with the 2003 'jihadi conspiracy' case in Gujarat was arrested on Monday morning when he arrived at the city airport from Saudi Arabia, officials said.

Ahmedabad: A man wanted in connection with the 2003 'jihadi conspiracy' case in Gujarat was arrested on Monday morning when he arrived at the city airport from Saudi Arabia, officials said.

Based on a specific tip-off, a joint team of the city Crime Branch and state Anti-Terrorism Squad (ATS) nabbed Yusuf Abdul Wahab Shaikh (50), a native of Juhapura area here, when he landed at the Ahmedabad airport, Assistant Commissioner of Police B V Gohil told reporters here.

Shaikh, who was allegedly involved in providing funds to Gujarat-based "jihadists" to avenge the attacks on Muslims in the state after the 2002 Godhra riots, was living in Saudi Arabia since 1999 and was involved in garment trade.

His last visit to Gujarat was in 2002, Gohil said.

He came to Ahmedabad on Monday to meet his second wife, who along with their children came back to the city from Saudi Arabia a few years back, he said.

A preliminary investigation revealed that Shaikh sent money to the state-based jihadists on three different occasions through his brother Abdul Majid and another person, Abdul Ghulam Ali.

"His main role was collecting funds in Saudi Arabia for jihad in Gujarat and to send the money to his state-based connections through 'Angadia' service (unofficial courier service). He sent funds thrice with the help of his brother

and others," he said.

These funds were meant to be delivered to hard-line cleric Mufti Sufian, who is believed to be the mastermind behind the killing of former Gujarat minister Haren Pandya, the official said.

However, it is a matter of probe whether Shaikh was directly involved in the killing conspiracy, Gohil said.

"Shaikh's role was mainly to collect and send funds to Mufti Sufian and other jihadists in Gujarat. It is a matter of investigation if he was also involved in the killing of Haren Pandya. We have also learnt that Shaikh held meetings with

other jihadists in Saudi Arabia," he said.

Total 64 people, including Shaikh, have so far been arrested in the case, while 35 are still at large.

Many of these 35 'wanted' persons fled to Saudi Arabia and Pakistan after the Crime Branch lodged a case in 2003, Gohil said.

The Ahmedabad Crime Branch registered a case of jihadi conspiracy on April 4, 2003 under sections of the Indian Penal Code, Arms Act, and the Prevention of Terrorism Act.

According to police, the jihadi conspiracy was allegedly hatched to spread terror and eliminate leaders of the right wing outfit Vishwa Hindu Parishad and other Hindu leaders to avenge the attacks on Muslims after the Godhra riots.