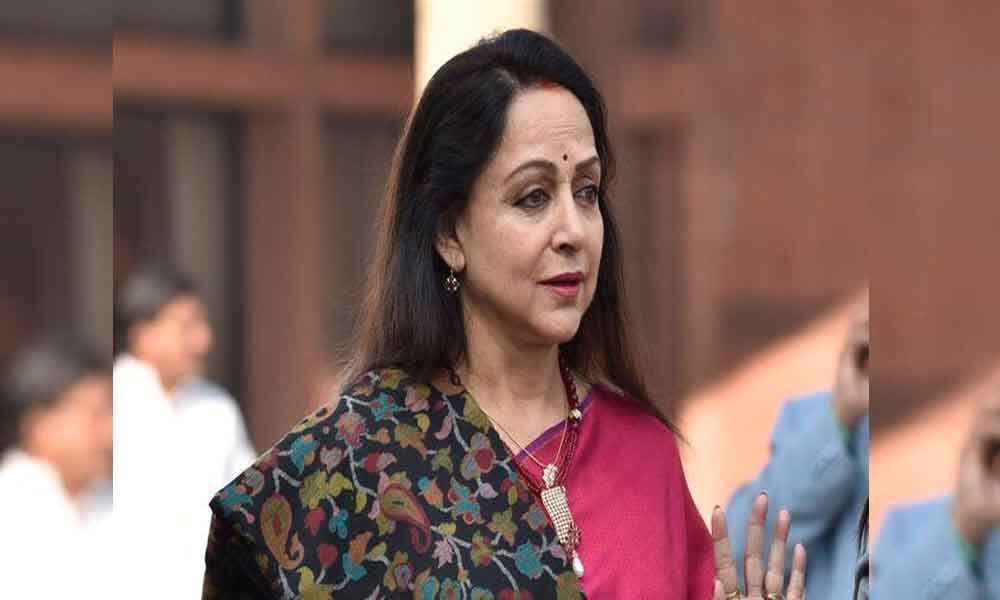 Actor-turned-politician Hema Malini, who is all set to retain her Mathura Lok Sabha constituency with an impressive margin, credited Prime Minister Narendra Modi and BJP President Amit Shah for her victory.

Mathura:Actor-turned-politician Hema Malini, who is all set to retain her Mathura Lok Sabha constituency with an impressive margin, credited Prime Minister Narendra Modi and BJP President Amit Shah for her victory.

Hema Malini, who was leading by over 1.5 lakh votes against Rashtriya Lok Dal's (RLD) Kunwar Narendra Singh and Congress' Mahesh Pathak, also thanked the party cadre for their work.

In a tweet, she said: "Modiji and Amit Shahji are the architects of this stupendous win and it is the committed, tireless hard work of the wonderful karyakartas that has made all this possible. I personally thank all the BJP cadre and all the netas of Mathura who have worked so hard with me for my win."

While she claimed to have done a lot of developmental work in her constituency, there was widespread resentment and opposition within her party ranks.

"The local issues were actually ignored. It was the Modi magic, and the larger national issues that led to her victory. One could also see this as a resurgence of Hinduism that created a wave," Vrindavan's Jagan Nath Poddar said.

During the campaigning time, Hema Malini visited her constituency regularly twice a month and gave a momentum to completion of several pending projects, he added.

The monkey menace remains a major issue for her to tackle. Local environmentalists are particularly angry that she failed to do anything worthwhile to promote green movement and clean up the Yamuna river.

In 2014, Hema Malini had won by a margin of over three lakh votes, against Jayant Chaudhary of the RLD.