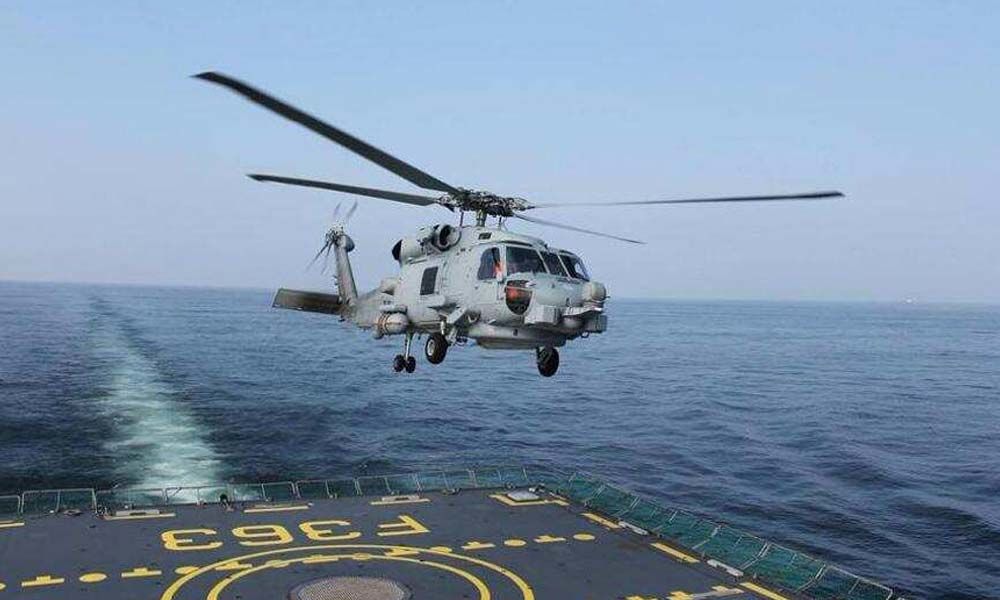 The Indian Navy is all set to acquire 24MH-60 multi-role Romeo Sikorsky helicopters from the US.

The Indian Navy is all set to acquire 24MH-60 multi-role Romeo Sikorsky helicopters from the US. The government-to-government deal was cleared on Wednesday by the Cabinet Committee on Security (CCS) a week ahead of US President Donald Trump's two-day visit to India. The pact to procure these choppers from the US comes at a cost of $2.6 billion. Importantly, the acquisition of 24 MH-60 Romeo Sikorsky helicopters will add to the strategic depth and combat capability of the Indian Navy.

What is the MH-60 Sikorsky Romeo multirole helicopter?

• The MH-60 is built to hunt down submarines and will strengthen the Navy's anti-surface and antisubmarine warfare operations.

• The MH-60 Romeo Sikorsky helicopters will be deployed on warships and have several important offensive dimensions.

• They will also be armed with some of the most powerful weapons in India's defence system. These include Hellfire missiles capable of launching ground strikes with pinpoint accuracy, the Naval Strike missiles which will be deployed in anti-ship combat and torpedoes to hit at submarines and laser-guided missiles, among others.

• The formidable MH-60 Romeo helicopters will lend teeth to the Indian Navy's fleet with their range of operations and manoeuvrability. The first batch is scheduled to be delivered by the US manufacturer in two years' time.