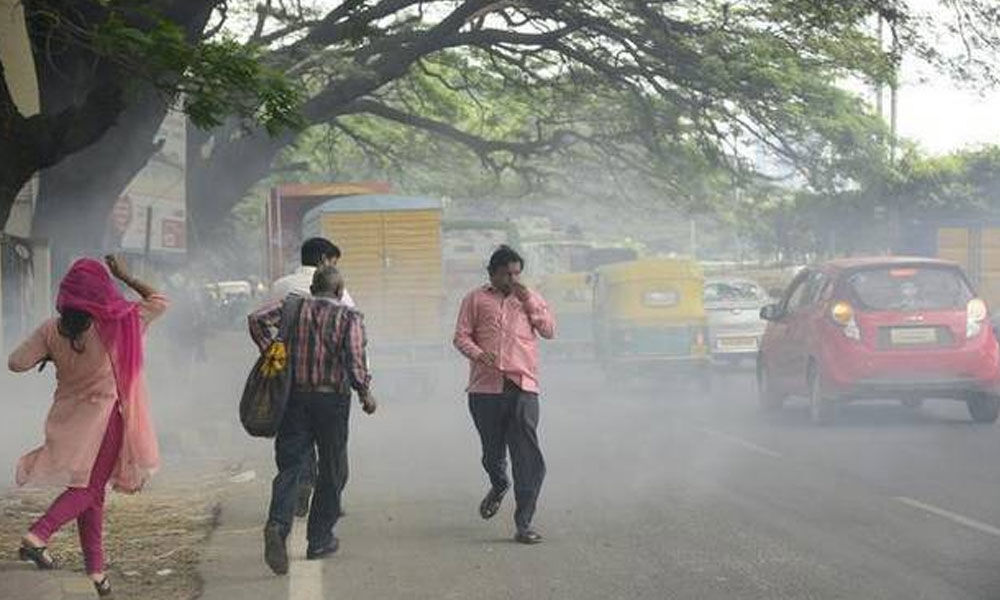 According to Randeep D, the special commissioner (solid waste management), there are 104 leaf-litter processing units in the city.

BENGALURU: There has been a demand made by the Resident welfare groups in the city, which asks the Bruhat Bengaluru Mahanagara Palike (BBMP) to create awareness regarding the ill-effects of burning dry leaves and the importance of installing the leaf-lit compost facilities.

Sandeep Anirudhan, a member of Pattandur Agrahara RWA Federation has said that, "Mostly pourakarmikas, who are responsible for maintaining the city's hygiene, are behind burning leaf litter. The civic body needs to create awareness about the issue."

On Thursday, at BEML Complex, near RR Nagar, dry leaves were set on fire. As the officials of the BBMP have failed to address the issue, local residents called the fire brigade to tame the fire. "The fire spread within a few seconds and we had to call for a fire tender to douse the blaze. BBMP officials need to direct pourakarmikas to collect leaf litter and send them to processing units, instead of setting them on fire," said Ram B, a resident.

According to Randeep D, the special commissioner (solid waste management), there are 104 leaf-litter processing units in the city. "We have received many complaints about leaf litter being set on fire and we are working to resolve it. There needs to be a uniform policy to ensure that all wards have facilities to compost the same," he said.

Sandhya Narayan, member of the solid waste management round table (SWMRT), blamed the supervisors of pourakarmikas for the fire caused by leaf litter. "Pourakarmikas burn the leaves as they do not have auto tippers collecting the waste. BBMP needs to set up processing units in all 198 wards," she added.

Shanti Tummala, an expert in leaf-litter composting and founder of HSR citizens' forum, has said that, there are three methods. "The shed method is expensive as opposed to bins, but the bins get filled fast. The pit method can definitely resolve the problem," pointed out Tummala.