Lok Sabha polls: 12% polling till 9.30 am in Chhattisgarh 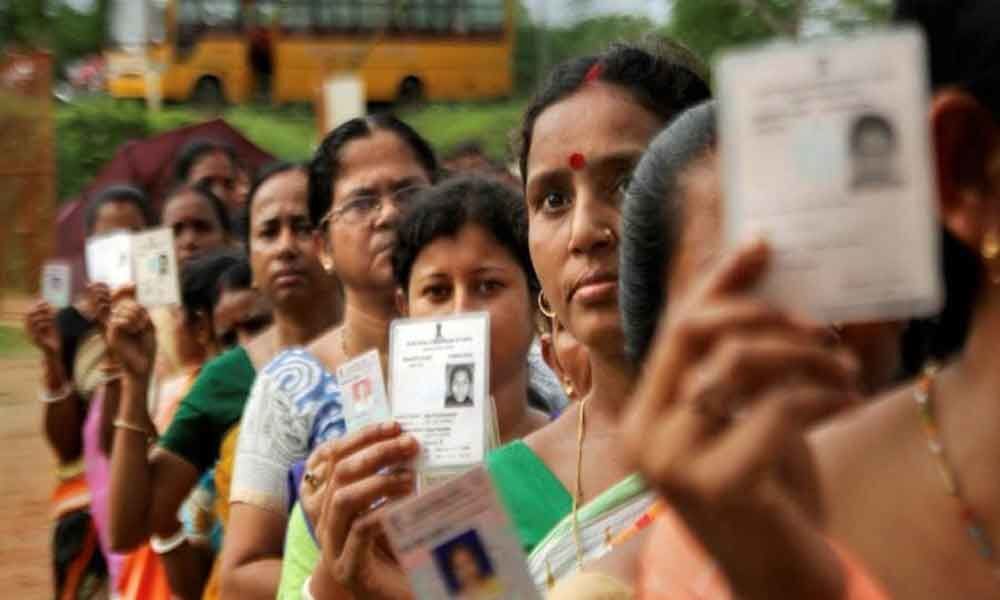 Over 12 per cent voter turnout was recorded in the initial two-and-a-half hours of polling in seven Lok Sabha constituencies of Chhattisgarh on Tuesday.

Raipur:Over 12 per cent voter turnout was recorded in the initial two-and-a-half hours of polling in seven Lok Sabha constituencies of Chhattisgarh on Tuesday.

Voting for the third phase of Lok Sabha polls in the state began in Raipur, Durg, Bilaspur, Korba, Janjgir-Champa (SC), Surguja (ST) and Raigarh (ST) amid tight security at 7 am, an election official said.

As many as 123 candidates are in the fray in the seven seats where the main fight is between the ruling Congress and the BJP, which lost power in last year's state Assembly polls.

Around 60,000 security personnel, including paramilitary and state forces, have been deployed in the state for smooth conduct of voting.

This time, the Congress, buoyed by its victory in the Assembly elections last year, is hoping to improve its tally in the state.