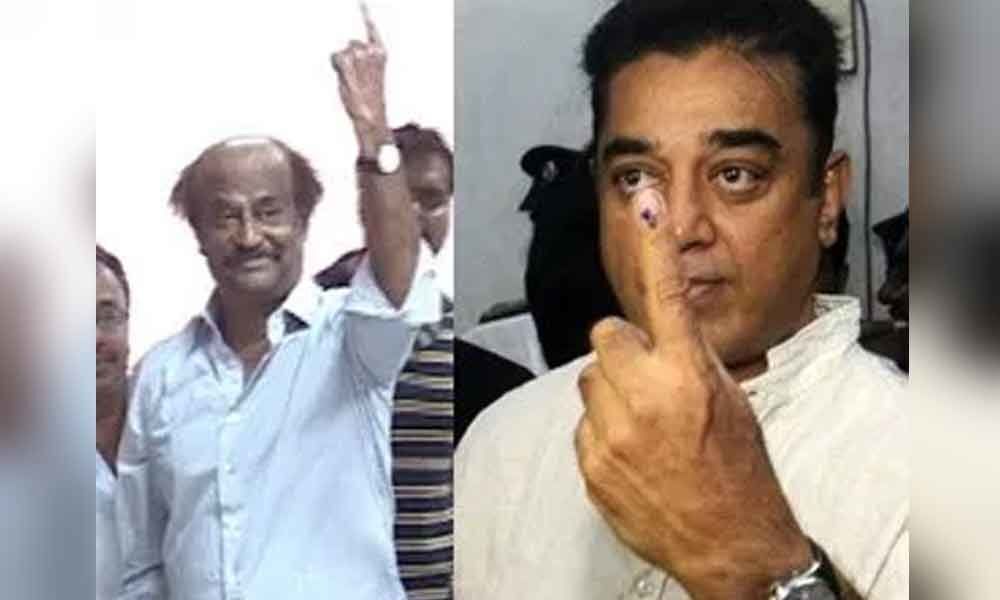 Casting her vote with her father Kamal Haasan, Shruti Haasan insisted people to vote. She tweeted, "Today is the day!! Vote because it matters!"

As polling began for the Lok Sabha elections in Tamil Nadu, Rajinikanth, Kamal Haasan, Ajith, Suriya and Karthi were amongst the initial voters on Thursday. Moreover, as Rajini and Kamal reached at their respective polling booths, they attracted a lot of fan frenzy.

Rajinikanth was spotted at Chennai's Stella Maris College as he came to cast his vote, whereas Ajith and Shalini voted at a polling booth in Thiruvanmiyur. Rajinikanth flew to Chennai to vote, taking a break from the shoot of his upcoming film Darbar in Mumbai.

Casting her vote with her father Kamal Haasan, Shruti Haasan insisted people to vote. She tweeted, "Today is the day!! Vote because it matters!"

Madhavan insisted people of Tamil Nadu to come out in massive numbers to cast their right to vote. He tweeted, "VOTE FOR THIS NATION … For YOURSELF AND YOUR KIDS. I PRAY THAT MY TAMIL NADU SETS AN EXAMPLE OF THE HIGHEST TURNOUT. HAIL TAMIL NADU"

After the demise of political stalwarts, J Jayalalithaa of AIADMK and M Karunanidhi of the DMK, these are the first ever Lok Sabha elections in Tamil Nadu.

Was one of the first voters to cast his vote in #Chennai Stella Maris College this morning.. #LokSabhaElections2019 pic.twitter.com/JbBSEfc1Zf

Here is a video of #Thalapathy #Vijay standing in queue to vote.. #LokSabhaElections2019 pic.twitter.com/jhN8bh1DPs