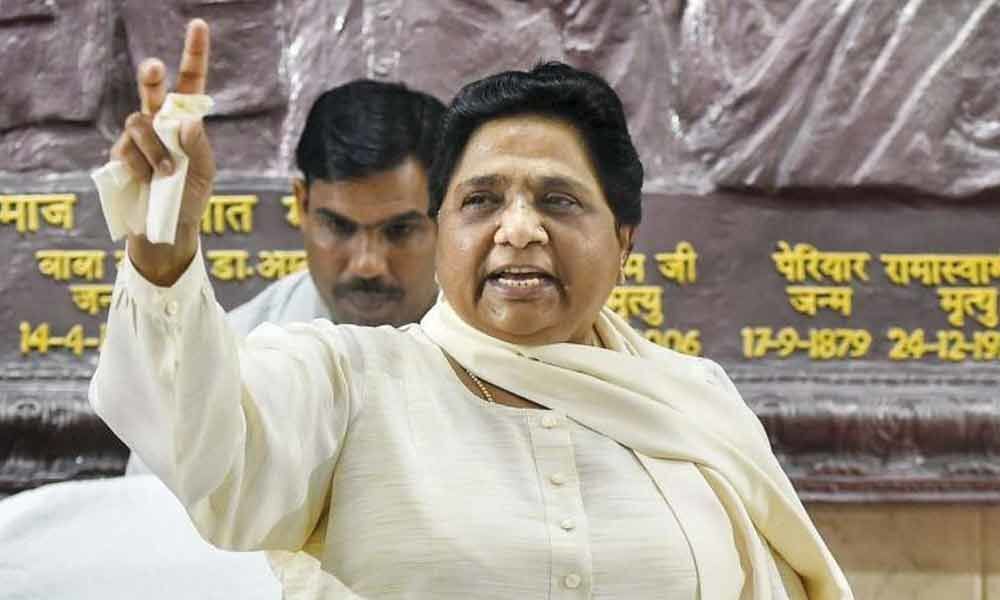 She also attacked Modi on his claim that the country's borders are more secure than ever, saying the "condition of India's borders was there for all to see."

"The prime minister is taking the help of the ED (Enforcement Directorate) and the CBI (Central Bureau of Investigation) to target his political opponents," Mayawati said at a rally here.

The Bahujan Samaj Party (BSP) chief alleged that the condition of minorities and other marginalised sections of society had deteriorated in the last five years of the Modi government. The condition of these sections has never been worse, Mayawati claimed.

Speaking at the rally at the Maheshwari Inter College grounds here, RLD leader Chaudhary Ajit Singh, whose party is in an alliance with the SP and the BSP in Uttar Pradesh, said the condition of different institutions in the country has rapidly declined in the past five years.

He alleged that BJP had no faith in the existing democratic set up of the country.