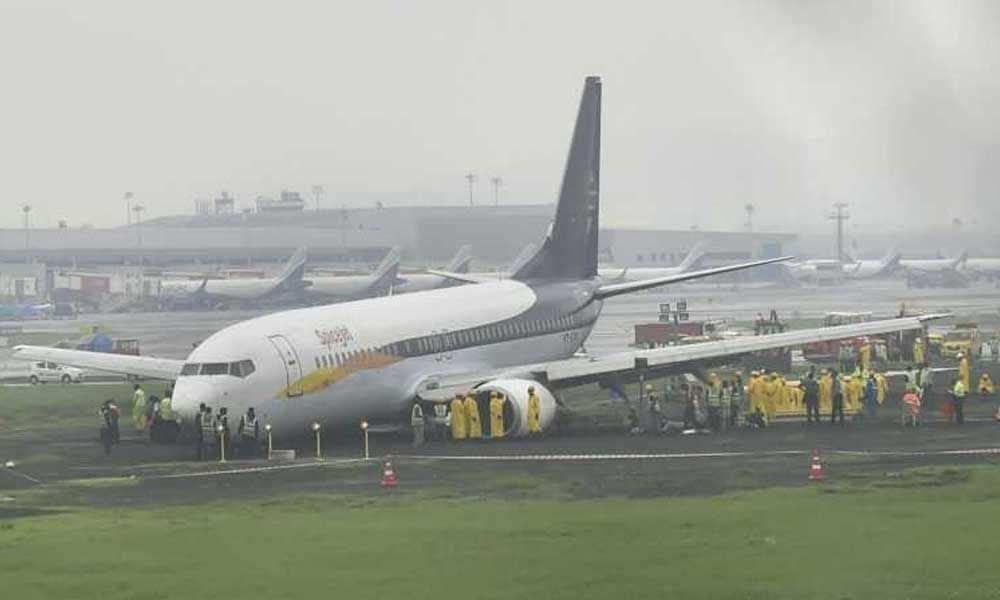 The country's second busiest airport has been carrying out flight operations from the secondary runway, which has a capacity to handle only up to 35 aircraft per hour as against 48 of the main runway.

MUMBAI: The SpiceJet Boeing 737 aircraft, which was stuck between the main runway and grass area after skidding off on arrival at the airport here Monday late night, has been pulled back to the runway Thursday, paving the way for full-fledged operations at the aerodrome, officials said.

The country's second busiest airport has been carrying out flight operations from the secondary runway, which has a capacity to handle only up to 35 aircraft movement per hour as against upto 48 of the main runway.

A team of Air India Engineering Services Ltd (AIESL) had been carrying out the aircraft recovery work at the Mumbai airport since Tuesday afternoon.

"The disabled SpiceJet aircraft which was stuck in Runway 09/27 RESA has been pulled out on runway surface at 11. 10 PM," a Mumbai International Airport Limited (MIAL) spokesperson said Friday.

The Runway End Surface Area (RESA) is an extended area at the end of the runway to limit an aircraft in the eventuality a runway overshoots.

The spokesperson, however, did not share other details such as timeline for resumption of operations from the main runway.

A city-bound SpiceJet flight from Jaipur carrying 167 passengers and crew overshot the runway at Mumbai airport Monday night after landing amid heavy rains, blocking it for traffic.