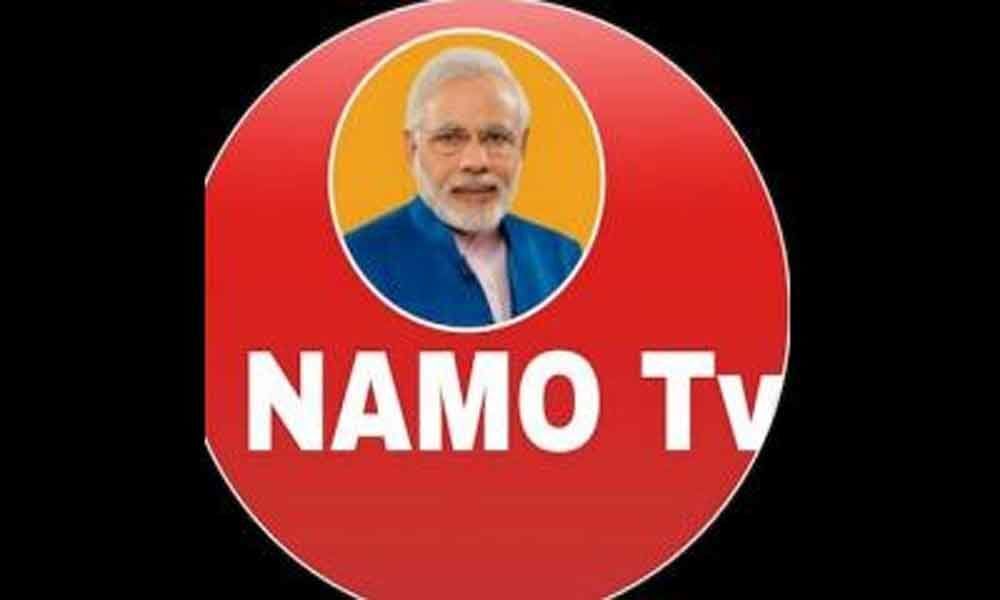 EC also sought a response from Doordarshan as to why it ran an hour-long live broadcast of 'Mein Bhi Chowkidar’ on March 31.

New Delhi: The Election Commission of India (ECI) has written to the Information and Broadcasting Ministry (I&B) seeking a report on the launch of NaMo TV after the model code came into force, sources said.

This comes two days after Congress and Aam Aadmi Party (AAP) lodged a complaint with the ECI regarding the launch of NaMo TV.

In another letter, the commission sought a response from Doordarshan as to why it ran an hour-long live broadcast of Prime Minister Narendra Modi's public address 'Mein Bhi Chowkidar' on March 31.

On Monday, Aam Aadmi Party (AAP) had written a letter to the poll body, asking whether permission was granted to the recently launched 24-hour television channel NaMo TV after the model code came into force.

"Can permission be granted to a party to have their own TV channel even after the model code of conduct (MCC) is enforced? If no permission was sought, then what action has been taken?" AAP legal cell member Mohd Irshad had said in his letter to the Chief Election Commissioner.

AAP had alleged that BJP by launching NaMo TV has defied the cardinal principle of 'level playing field' for all political parties.

The model code of conduct came into effect on March 10 after the the commission announced the schedule for the Lok Sabha polls.

The election will be held in seven phases - from April 11 to May 19. Counting of votes will take place on May 23.