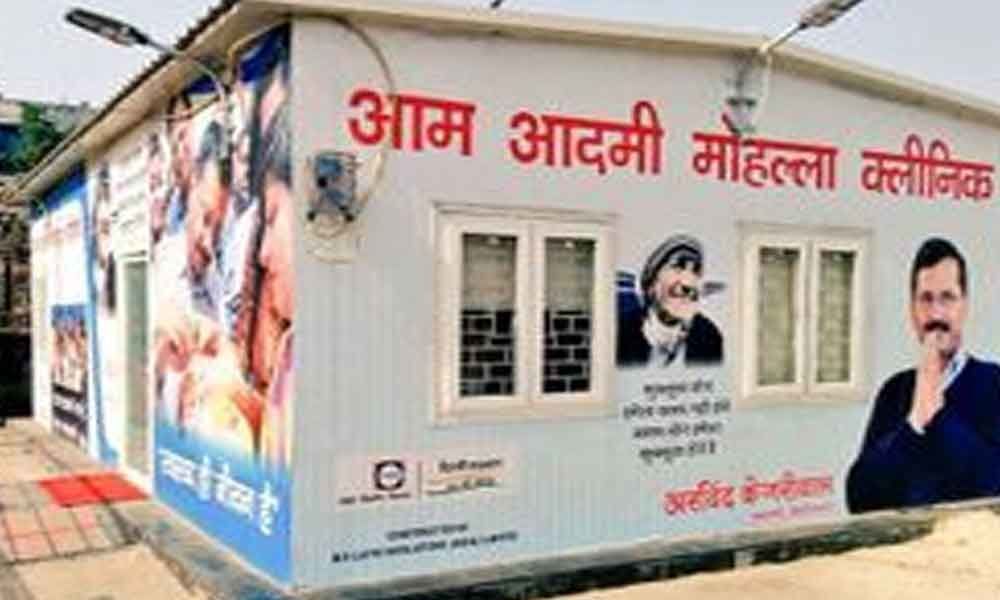 A “newly-built” mohalla clinic of the AAP government in Karol Bagh was on Thursday allegedly demolished by the BJP-led north corporation, prompting a sharp reaction from Delhi Chief Minister Arvind Kejriwal.

New Delhi: A "newly-built" mohalla clinic of the AAP government in Karol Bagh was on Thursday allegedly demolished by the BJP-led north corporation, prompting a sharp reaction from Delhi Chief Minister Arvind Kejriwal.

The move by the North Delhi Municipal Corporation (NDMC) comes ahead of the Lok Sabha polls in Delhi on May 12. North Delhi Mayor Adesh Gupta claimed the action was taken as the clinic at Har Dayal Singh Road in Karol Bagh area was being set-up "without any NOC (no-objection certificate)".

The move drew prompt reaction from AAP chief and Delhi Chief Minister Kejriwal who took to Twitter to express his displeasure. "People shud remember this when they go out to vote in Delhi. Del govt constructed this mohalla clinic. BJP led MCD demolished it today (sic)," he wrote on the micro-blogging site, while sharing the tweet of a senior official.

The senior government official had also shared pictures of the mohalla clinic site where the action was taken. "Shamefully criminal & blatantly illegal: North MCD demolishes a newly constructed Mohalla Clinic at Har Dayal Singh Road, Karol Bagh on a PWD Road. North MCD had no jurisdiction, no notice given & a primary health public facility destroyed for no reason (sic)," the official tweeted.

Gupta countered the allegation and claimed, "Once the government had even tried to set up a mohalla clinic in my ward in a park." Another senior Delhi government official said a complaint has been registered by the city government's PWD at Prasad Nagar Police Station.

"We have registered a complaint against the NDMC for demolishing a mohalla clinic without prior permission from PWD. We have demanded an action in the matter," he said. Delhi BJP spokesperson Praveen Shankar Kapoor charged the Chief Minister of levelling "baseless" allegations in the matter.

"The mohalla clinic was being constructed on the road causing problems to the locals. A no objection certificate should be sought from the Traffic Police and the municipal corporation before construction of a mohalla clinic on any road," Kapoor said.

A flagship project of the AAP government, as many 1,000 mohalla clinics are planned to be established in the city, and nearly 200 such facilities have already been built. A mohalla clinic is a neighbourhood facility for providing free primary healthcare to the city's residents, which is closer to home. A typical mohalla clinic has a doctor, a midwife-cum-nurse, and an array of diagnostic services and essential medicines are provided free of cost to patients there.