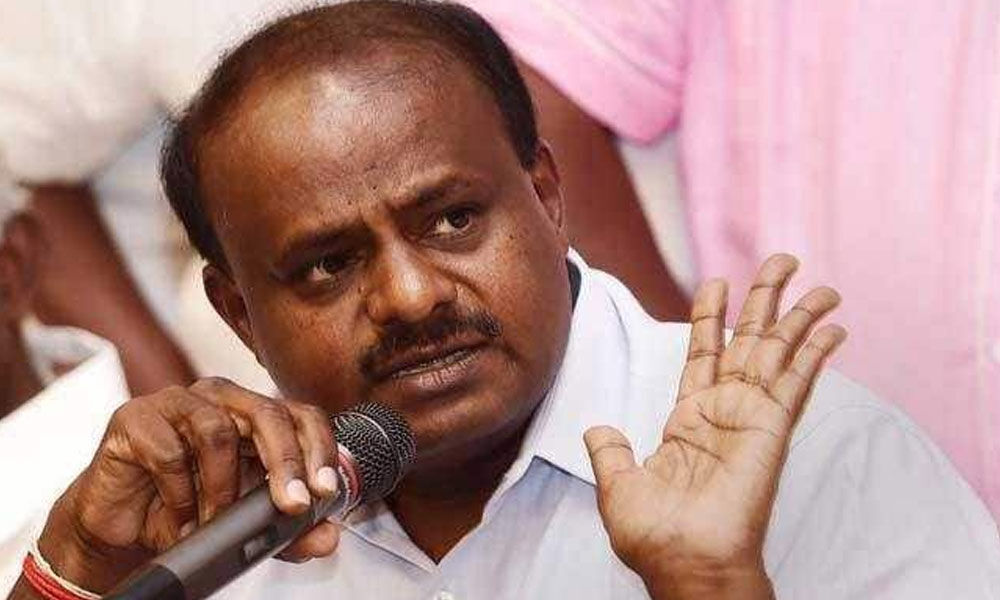 Bengaluru: Karnataka Chief Minister H D Kumaraswamy on Friday said his son Nikhil Kumaraswamy and nephew Prajwal Revanna were not contesting the Lok Sabha polls for "fashion", but for the sake for the people.

Conceding that that there were "small" issues between alliance partners Congress and JD(S) which would be resolved, he said both parties will follow "coalition dharma". "...on the basis of our (Kumaraswamy and Revanna) work, from our family again two young powers are in the fray, they are not contesting for fashion," Kumaraswamy said.

Speaking to reporters after his nephew and PWD Minister H D Revanna's son filed his nomination in Hassan, he said "they will be with the people in their happiness and grief, as their family members. With this commitment they are contesting the election."Claiming that he himself was an example for their family's commitment to the people's cause, the Chief Minister said Nikhil and Prajwal were contesting the polls to also strengthen the JD(S) as an organisation, along with the welfare of the people.

While Prajwal is contesting from the family turf Hassan, the seat represented by his grandfather and former Prime Minister H D Deve Gowda, his cousin brother Nikhil is contesting from the JD(S) bastion of Mandya.JD(S) and the Gowda family have been facing backlash for promoting dynastic politics by fielding both grandsons of JD(S) patriarch from the party stronghold, instead of giving chance to loyal party workers who have worked for its growth.

Kumaraswamy also declared that "development" and work done by his government were his party's main agenda in the polls, as he requested people to support his "pro people" coalition, for the benefit of Karnataka.

Stating that the coalition government led by him was focusing on the all-round development of Karnataka, he said, though "our programmes may not have got big scale publicity, I have satisfaction in what we have been able to do." Also, noting that there was no Modi wave now and it was there during 2014 lok Sabha polls, the Chief Minister chided state BJP leaders for asking votes in the name of the Prime Minister and questioned what their contribution was to the state.