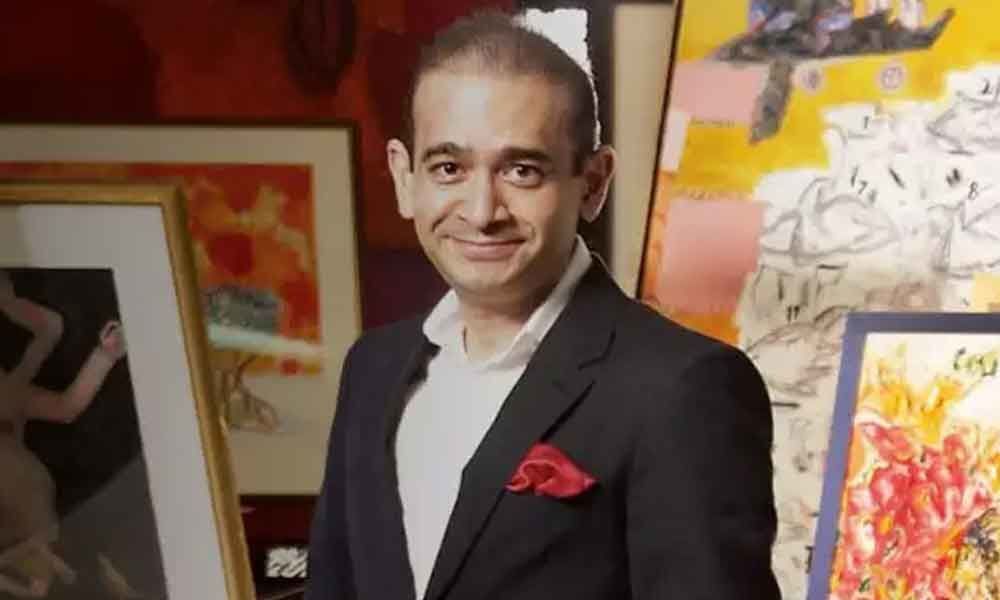 The bench also noted that by not interfering with the auction that was held on March 26 this year, it was not putting the petitioner through an "irreversible situation".

MUMBAI: The Bombay High Court Monday refused to grant any relief to diamantaire Nirav Modi's company Camelot Enterprises which had challenged last week's auction by the Income Tax Department of some paintings and artwork belonging to the firm.

The petitioner, Camelot Enterprises, a shell company in which Nirav Modi holds over 99 per cent shares, had approached the high court last week challenging the tax assessment report of the I-T Department, and the department's subsequent notice proposing the recovery proceedings through the said auction.

A bench of Justices Akil Kureshi and Sarang Kotwal, however, rejected the petitioner's prayers for relief, noting among other things, that on the issue of the assessment order, Camelot had directly approached high court instead of filing an appeal before the concerned Appellate Tribunal.

The bench also noted that by not interfering with the auction that was held on March 26 this year, it was not putting the petitioner through an "irreversible situation".

"The petitioner does not claim any particular attachment to any painting or artwork.It hasn't challenged their valuation," the bench said.

"In case the petitioner succeeds before the Appellate Authority, the amount recovered by the department through the auction can be returned to it with interest," it said.

The petitioner had also argued that the department had "failed" to serve, in a proper manner, notices, both for the assessment of dues and the auction.

It said the department had served notices to two of its directors, Ramesh Assar and Hemant Bhatt.

While Assar had resigned from the company when the notices were received in September last year, Bhatt was in judicial custody at the time.

Instead, Bhatt's son received the notice and told the department that he was incapable of replying to the same.

Therefore, the service of such notices must be held invalid by the court, the petitioner argued.

It further said of the 68 paintings put up for auction by the department, only 19 belonged to the company.

Therefore, the department should not have sold what did not belong to Camelot or to Nirav Modi.

Additional Solicitor General Anil Singh, who appeared for the I-T Department, however, argued that Camelot had merely made a statement denying ownership of all the paintings and artwork put up for auction.

It had not provided any legal evidence to prove that it did not own all of the paintings and artwork, Singh said.

Instead, "searches and inquiries conducted by the department" had led to the recovery of a total of 173 paintings and artwork belonging to the company.

Such artwork had been stored in a warehouse in Wadala, and the department had initiated the auction of 68 of such paintings and artwork to recover its tax dues, following valid notice and procedure, Singh said.

The ASG further argued that though the auction had been advertised and notified on its website and in newspapers, no one had come forward to claim ownership of such paintings and artwork which Camelot claimed did not belong to the company.

Therefore, it proved that all paintings and artwork were owned by Camelot, Singh said.

Besides, Singh argued, if Camelot indeed did not own the remaining paintings, then, it had no legal right or locus standi to challenge their sale.

On the issue of service of notice, the ASG argued that in consonance with the law, the department had sent notices of the tax assessment and the recovery proceedings to the petitioner company and its known directors, Assar and Bhatt, through speed post and emails.

He also said Assar was shown by the petitioner to have resigned from the company a day after the notice for recovery proceedings had been dispatched.

There was also no evidence to prove that Assar had indeed resigned on the said date, he said.

The bench agreed that the petitioner had failed to provide any evidence to prove that it owned only 19 paintings.

Last month, a Prevention of Money Laundering Act (PMLA) court had allowed the I-T Department to auction selective artwork -- 68 of the 173 items recovered by the department and the Enforcement Directorate in a search -- allegedly belonging to Nirav Modi, to recover tax arrears.

The ED had provisionally attached the artwork, as part of the investigation into the Rs 13,500-crore Punjab National Bank fraud.

The I-T Department sold 55 of the 68 items and raised around Rs 55 crore through such auction.