Omar on 'dharna' against civilian traffic ban on highway 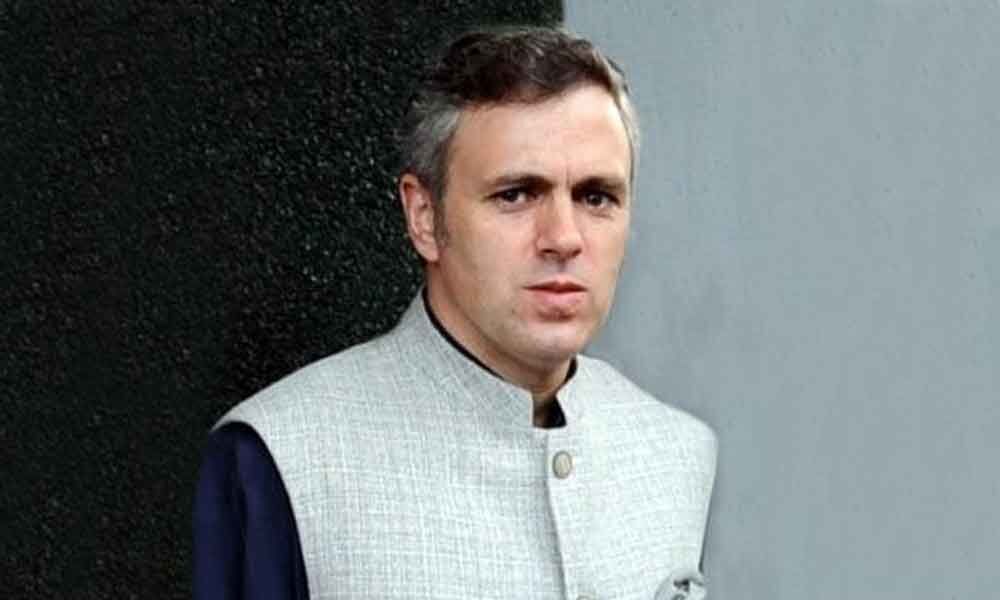 Former Jammu and Kashmir Chief Minister and National Conference (NC) Vice-President Omar Abdullah on Wednesday sat on a 'dharna' (sit-in) on the national highway against the ban on civilian traffic on Sundays and Wednesdays.

Srinagar:Former Jammu and Kashmir Chief Minister and National Conference (NC) Vice-President Omar Abdullah on Wednesday sat on a 'dharna' (sit-in) on the national highway against the ban on civilian traffic on Sundays and Wednesdays.

Accompanied by other senior NC leaders and party workers, Omar Abdullah sat on the 'dharna' on the national highway in Nowgam on the outskirts of Srinagar city.

NC supporters carried placards and shouted slogans against the ban on civilian traffic on Wednesdays and Sundays.

"Modi your high-handedness will not be accepted", the NC workers shouted during the sit-in protest.

The decision to ban civilian and public transport on the national highway on Sundays and Wednesdays was taken by the state government to ensure the safety of convoys of security forces on the highway.

The decision was taken in the aftermath of the February 14 terror strike on the highway in Pulwama district in which 40 CRPF troopers were killed.

The uthorities have said the ban will not apply to medical emergencies, movement of lawyers, doctors, tourists, government employees, school buses and agriculturalists.

The have also said that magistrates have been deputed on all crossings on the national highway to permit bona fide civilian movement.

The decision to selectively allow civilian movement has not been able to assuage the common man's anger.

Local traders dealing in perishable items like vegetables, mutton, among others, argue that their goods perish on storage as they are unable to carry on normal business during Sundays and Wednesdays in markets on the flanks of the national highway.