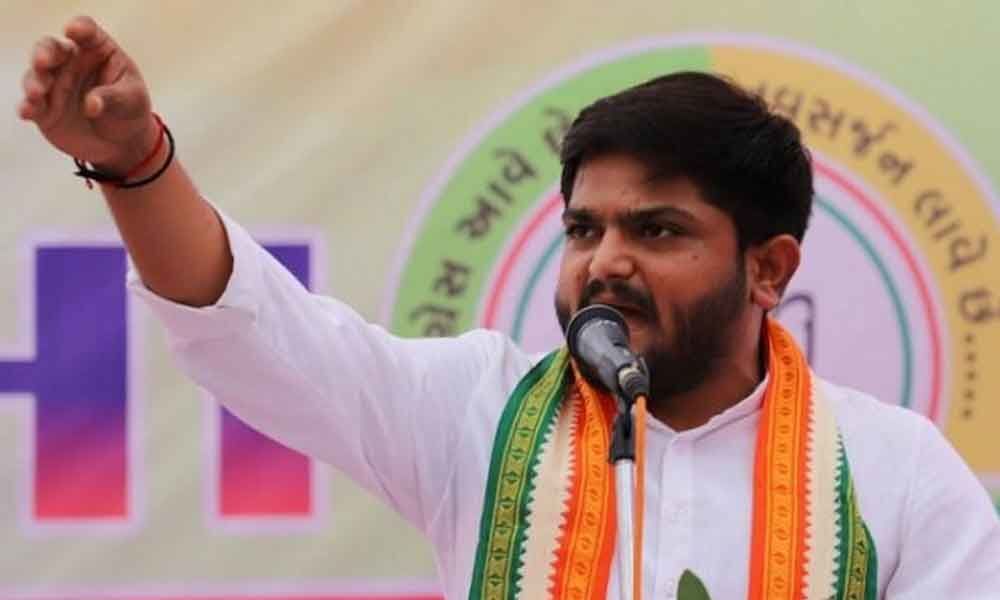 Vinay sounded upset with Hardik, saying he is 'playing politics on the bodies of those who died' during Patidar reservation agitation.

Ahmedabad: Congress leader Hardik Patel had to cancel his helicopter ride to Lunawada in Mahisagar district of Gujarat Thursday at the last moment after the farmer on whose field the chopper was to land did not give his nod for its use as a helipad, an official said.

Hardik Patel had to later travel by road to Lunawada, around 100km from Ahmedabad, to address an election rally.

The 25-year-old, who led the Patidar reservation stir in Gujarat since 2015 and joined the Congress last month, has emerged as a star campaigner for the opposition party, criss- crossing the state in a helicopter to address poll rallies.

His helicopter ride to Lunawada to address an election rally for Congress's Panchmahal Lok Sabha candidate Vechatbhai Khant got into trouble after a farmer, Vinay Patel, went back on his permission to allow the chopper to land on his private field, the official said.

Vinay Patel sounded upset with Hardik Patel, saying he is "playing politics on the bodies of those who died" during the Patidar reservation agitation.

"Hardik was to attend an election rally at 5 pm Thursday at Lunawada and two days ago permission was granted for his helicopter to land at a private land.

"But the owner of the private land on which the temporary helipad was to be constructed for the chopper to land declined (permission) at the last moment," said resident additional collector R R Thakkar.

Since the permission to land his helicopter was cancelled, Hardik Patel travelled to the town by road to address the rally, Thakkar said.

Vinay Patel claimed permission for the helicopter's landing was sought from district authorities here by a local Congress leader without his knowledge.

"On April 16, local Congress leader Suresh Patel had sought permission (from authorities) for a helipad without my knowledge. When I learnt that he was given permission, I raised objection after which action was taken," he said.

"I know Hardik, the Patidar leader from our community, and I know who he is. I object to him putting foot on my land because he is doing politics on the dead bodies of 14 Patidar youths (killed during the quota agitation)," he said.