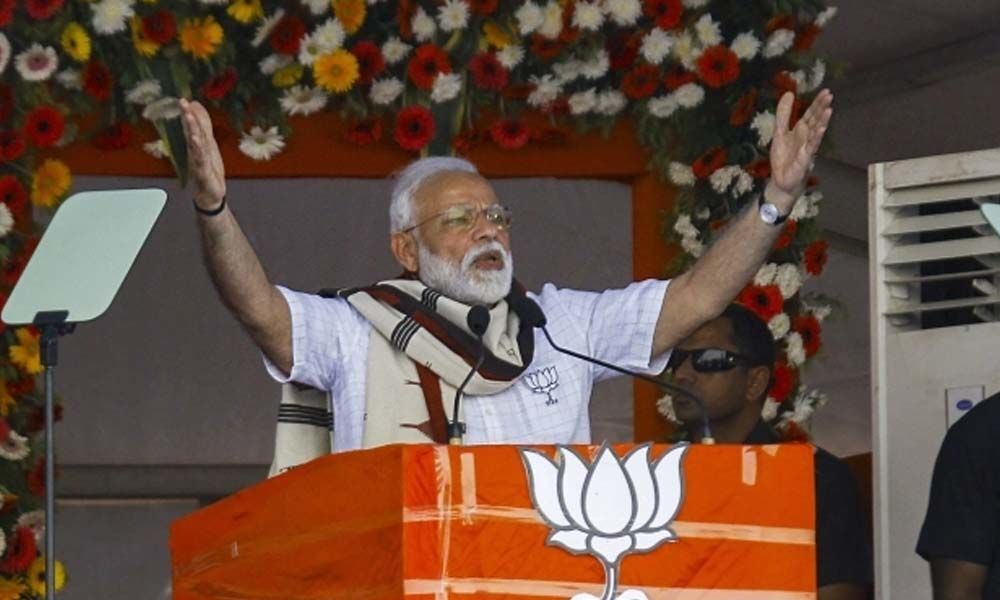 New Delhi: Prime Minister Narendra Modi's address to the nation on the successful test-firing of an anti-satellite missile did not violate provisions o...

New Delhi: Prime Minister Narendra Modi's address to the nation on the successful test-firing of an anti-satellite missile did not violate provisions of the model code of conduct, the Election Commission said on Friday night.

The poll panel took the decision based on the report of a committee of officers which concluded that the Prime Minister's address did not violate the provisions for 'party in power' in the poll code.

"The committee has, therefore, reached the conclusion that the MCC provision regarding misuse of official mass media...is not attracted in the instant case," the commission said, citing the report of the committee constituted to look into the case.

CPI(M) leader Sitaram Yechury had approached the EC alleging that the PM's address violated the model code. A copy of the report was also sent to Yechury.

The Model Code of Conduct is in place for the April-May parliamentary election and some state polls.

Citing meetings with top Doordarshan and All India Radio officials and correspondence received from the two, the committee said, it is clear that Doordarshan has only used the feed provided by a private agency and the All India Radio has taken audio output as broadcast by Doordarshan News for dissemination over its network.

It said that the AIR has also clarified that the address was broadcast live but "taken as a news item". Doordarshan said, the telecast of the address was not live and the source was the play out of the video received from the private agency.

The DD also told the EC that the PM's message was telecast on more than 60 news channels in addition to Doordarshan. The Commission said the panel set up by it examined the PM's address in the light of the provision in the model code dealing with 'Party in Power'.

The provision says, "Issue of advertisement at the cost of public exchequer in the newspapers and other media and the misuse of official mass media during the election period for partisan coverage of political news and publicity regarding achievements with a view to furthering the prospects of the party in the power shall be scrupulously avoided."

On being asked why the report is silent on the content of the speech, a senior functionary explained that since the state/government media was not used, the issue of content does not arise.

Another functionary said: "He did not seek a vote. He did not describe the missile launch as an achievement of the government. He only hailed scientists. There was no electioneering involved."

There was a view in the Commission that the speech did not violate the model code in a letter, "but we can't say it about the spirit of the code".

India shot down one of its satellites in space on Wednesday with an anti-satellite missile to demonstrate this complex capability, Prime Minister Narendra Modi announced, making India only the fourth country to have used such a weapon.

Declaring India has established itself as a global space power after the success of the operation 'Mission Shakti', Modi said the missile hit a live satellite flying in a Low Earth Orbit after it traversed a distance of almost 300 km from the earth within three minutes of its launch.

The announcement was made by the prime minister in a broadcast to the nation on television, radio and social media. Several opposition parties had raised the issue to the Election Commission alleging a violation of the Model Code of Conduct (MCC).