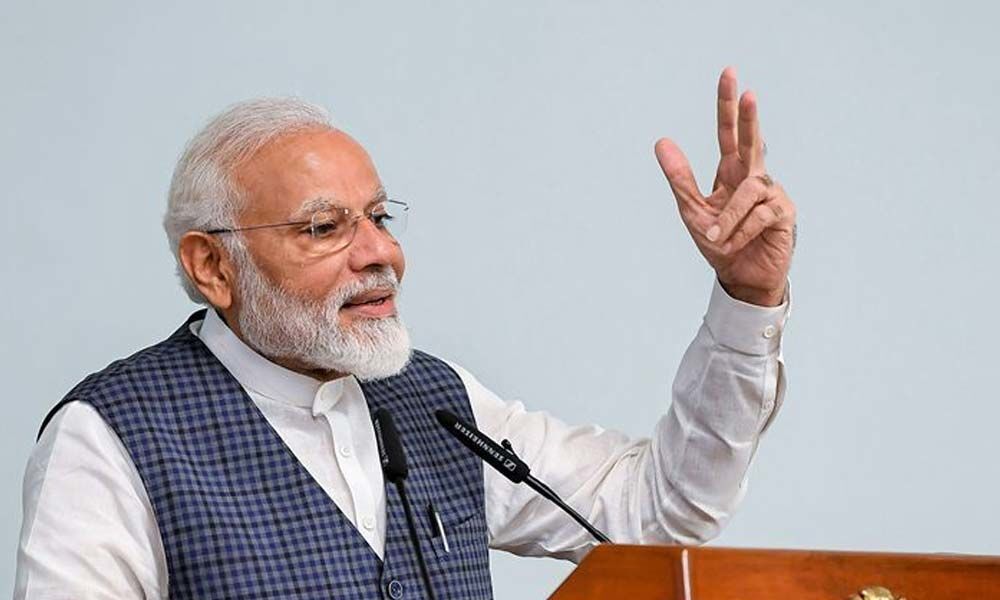 Prime Minister Narendra Modi addressed the nation in his 40-min speech on Jammu & Kashmir and the decision taken by the government to make J&K and Ladakh as union territories on Thursday.

New Delhi: Prime Minister Narendra Modi addressed the nation in his 40-min speech on Jammu & Kashmir and the decision taken by the government to make J&K and Ladakh as union territories on Thursday. He tried to explain to the nation the reasons behind the decision and his vision for J&K.

Modi said that the nation has taken a historic decision and that the people of J&K would now be able to enjoy the benefits that are available to the rest of the nation. He assured the people that the situation would come to normal slowly and that peace would prevail in the region. He added that he has faith that J&K would defeat separatists.

Modi assured of filling the government vacancies in J&K and Ladakh, implementing fair and free polls in the region and encouraged public and private sectors to promote and expand technology in the region. He said that the people had been deprived of opportunities due to dynastic politics and vowed that people jobs would soon be available for them.

The Prime Minister has assured that the Centre would facilitate all the arrangements to make sure that people celebrate Eid and prayers without any hassles.

Modi said he has seen development in the region since the governor rule was enforced. As union territories both J&K and Lakadh will develop, come out of terrorism and once again begin to glow, he said, and appealed to the youth of J&K to take up the responsibility to lead the region.

The prime minister spoke about the rights that the people of J&K had been deprived of. He mentioned about the Right to Education (RTE), women rights, Dalit rights and the benefits, such as minimum wages act and promised that the people of the valley would enjoy those rights.

Ladakh and J&K will become spiritual, eco and adventure tourism destinations, the Prime Minister said. He urged the Bollywood and other regional film industries to once again begin shooting in the valley.

Modi said that Ladakh is popular for its herbal products and urged the exporters and food-processing sector to open their units in the region.

The Prime Minister said that the decision would not only help the region, but the entire nation economically. He urged all to come together in developing the valley, keeping aside all the differences.

Hon @PMOIndia shri @narendramodi ji is addressing the ppl of #Kashmir our fellow citizens directly. This is so amazing & makes our heart swell with pride. He is telling them all their benefits- only they have NO PHONE, Internet or TV to hear #ModiOnTv #KashmirIsOurWeAreKashmir

a speech from the heart

a speech with healing touch

a speech not blamimg but owning up

a speech with a vision & a plan

Jammu, Kashmir & Laddakh has waited for this for 70 long years

PM's #ModiNationalAddress addressed every question on the historic abrogation of #Article370 & the future of J&K & Ladakh.
It rebutted the cynics with logic, humility, vision, compassion & openness.
Thank you, Prime Minister!
I'm confident his statesman like path will succeed🙏🙏

Brilliant outreach to Valley. Nobody needs to worry. Govt will take care of everyone. Everyone is safe . #ModiNationalAddress