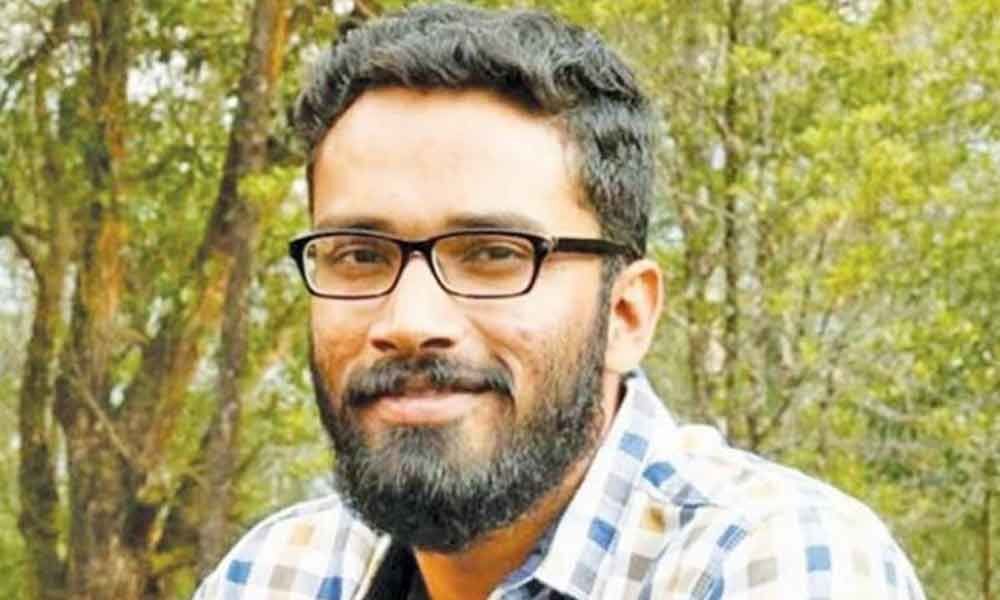 Kerala Union of Working Journalists on Sunday alleged the accused is being given 5 star treatment with facilities like an AC room and TV.

Thiruvananthapuram: Amid charges that IAS officer Sriram Venkitaraman, arrested after his car knocked down and killed a journalist, is being given 'five-star' treatment at a private hospital, pressure is mounting on state authorities to shift the remand prisoner to a government hospital.

Venkitaraman had allegedly driven the car in an intoxicated state and knocked down K Mohammed Basheer (35), Thiruvananthapuram Bureau Chief of Malayalam daily "Siraj" while he was riding a motorcycle.

The young journalist, who was the sole breadwinner of his family, had died on the spot.

Basheer's family Sunday demanded that the accused be shifted to a government hospital as early as possible.

"The family has apprehensions about the course of investigation in the case as the accused is being treated in a private hospital", Basheer's brother said in Kozhikode.

The government should take steps to shift Venkitaraman to a government hospital, he said.

However, the KIMS hospital, where the 33-year-old IAS officer got himself admitted soon after the accident, is tight lipped about the injuries and the treatment he is undergoing.

According to hospital sources, a team of doctors are treating the officer.

"He is in a deluxe room. But no five-star facility is being provided to him. A team of doctors are treating the patient and they will meet on Monday to take a decision on further treatment", the source told PTI.

"He is just like any other patient... Do not know about the injuries", the source said.

The civil servant,who was appointed Survey Director by the cabinet on Thursday, was arrested under Section 279 (Rash driving on a public way) and 304 (punishment for culpable homicide not amounting to murder) of the Indian Penal Code.

"We changed the sections as things became more clear. We added Sections 184 (Driving dangerously) and 185 (drunken driving) of the Motor Vehicles Act and and 304 A (causing death by negligence) of the IPC," an Investigating Officer in

Venkitaraman was remanded to 14 days judicial custody at around 10.30 PM Saturday night by a Judicial First Class magistrate who visited him at the KIMS hospital.

A Police officer Sunday told PTI that Venkitaraman has suffered injuries in his left hand below the elbow and it is plastered.

A three-member team has been posted in front of his hospital room and his blood sample has already been sent for chemical examination to ascertain if he had consumed liquor while driving the car, police said.

Kerala Chief Minister Pinarayi Vijayan said his government would not protect anyone who has gone against the law, irrespective of the position he holds.

"Everyone is equal before justice and the law. The position of the accused or the rank will not be a hindrance for police to take any action," he said, addressing a passing out parade of women cadets at Thrissur.

The official, who has been charged under a non-bailable offence, could serve upto 10 years imprisonment.

The IO dismissed the charge that they were providing "five-star" facilities to Venkitaraman and said he was at the private hospital as directed by the magistrate.

He is in the private hospital as per the court's order and police doesn't have any role in it, the officer told PTI.

"We are unable to shift him anywhere. It was as per the court's order. It was the court which remanded him. The court examined and discussed the details of the treatment with the doctors and ordered him to be housed there.

Police doesn't have any role in it. The magistrate has asked us to produce him before the court when he gets discharged," he said.

However, the Kerala Union of Working Journalists (KUWJ) on Sunday alleged the accused is being given "five star" treatment with facilities like an AC room and TV.

He should be shifted to the government medical college hospital as he is a remand prisoner, the organisation added.

Venkitaraman, also a medical doctor and Fulbright Fellow, who was reportedly returning after attending a private party in a posh locality here, allegedly drove his car rashly and hit the stationary motorcycle of Basheer as he was returning home from work.

The IAS officer had just days before returned to Kerala after completing a Master of Public Health Programme at Harvard University in the US.

Venkitaraman's woman friend Wafa Firoze, a model and the wife of a Dubai-based businessman, and the car owner, was also in the vehicle at the time of the mishap.