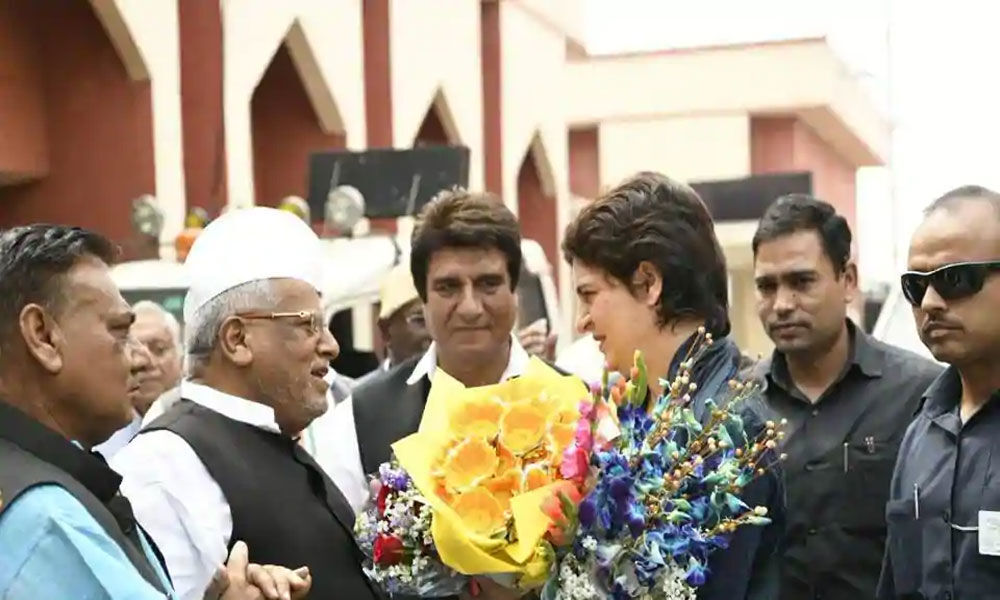 Congress General Secretary and eastern Uttar Pradesh in-charge Priyanka Gandhi Vadra on Sunday arrived here to meet party workers and office bearers ahead of her boatride from Prayagraj to Varanasi.

Lucknow:Congress General Secretary and eastern Uttar Pradesh in-charge Priyanka Gandhi Vadra on Sunday arrived here to meet party workers and office bearers ahead of her boatride from Prayagraj to Varanasi.

Gandhi's flight arrived at 10.20 a.m. and she reached Nehru Bhawan, state headquarters on Mall Avenue, in another half an hour.

Several delegations who have been protesting against the Yogi Adityanath's Bharatiya Janata Party government's administration here were likely to meet her, party leaders said.

There were at least 12 to 13 groups who have sought audience with her separately. Each group having about 30-40 members.

The meetings were expected to last till 5 p.m. and then she will leave for Prayagraj to kickstart her campaign heading towards Prime Minister Narendra Modi's parliamentary constituency Varanasi.

Priyanka Gandhi returned to Mall Avenue office a month after she embarked on her poll journey on February 11 along with her brother and party President Rahul Gandhi and her western UP counterpart Jyotiraditya Scindia.

She had at that time held marathon meetings with the party workers for over 40 hours till February 14.

The Congress in 2014 had won only Amethi and Rae Bareli seats -- traditional Nehru-Gandhi family boroughs.

The SP, the BSP and the Rashtriya Lok Dal are contesting the 2019 elections in alliance.

The BJP-led NDA alliance won 73 out of 80 seats in the state.

Uttar Pradesh will vote in all seven phases of the Lok Sabha elections scheduled from April 11 to May 19. The counting of votes will take place on May 23.