Rajasthan government machinery being misused against me: BJP leader Shekhawat on poll fight in Jodhpur 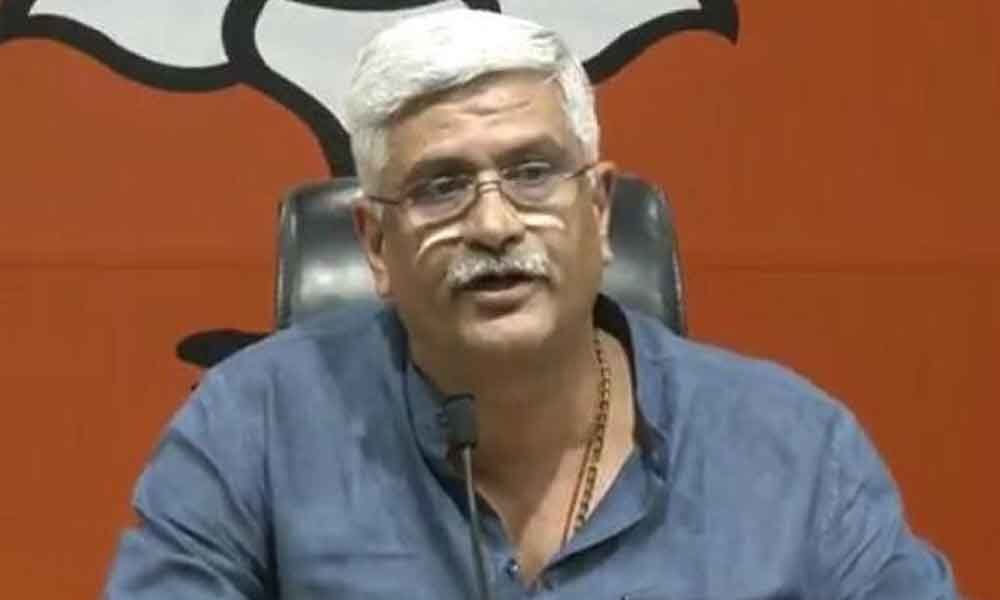 Gajendra Singh Shekhawat, who defeated Congress' Chandresh Kumari by over four lakh votes in the 2014 Lok Sabha polls, is hoping to repeat the feat in the polls on April 29.

Rajasthan's ruling Congress is misusing the entire state government machinery against him, alleges Union minister and BJP candidate Gajendra Singh Shekhawat who is up against Chief Minister Ashok Gehlot's son Vaibhav in the high-stakes electoral battle here. According to Shekhawat, Vaibhav Gehlot has no identity among the people of Jodhpur and is riding on his father's shoulders.

Shekhawat, who defeated Congress' Chandresh Kumari by over four lakh votes in the 2014 Lok Sabha polls, is hoping to repeat the feat in the polls on April 29.

"He (Vaibhav) is contesting elections riding on his father's shoulder… there is no magic of Ashok Gehlot in Jodhpur," Shekhawat told PTI in an interview.

If there was magic, he asked, why did the Congress lose nine out of 10 assembly seats in the Jodhpur Lok Sabha constituency in the 2013 elections. The BJP leader added that he is not fighting against Ashok Gehlot but against the chief minister of Rajasthan.

Jodhpur has become a prestigious battle in this election with the Congress pitting the son of the chief minister, a five-time MP from here, against Shekhawat.

Vaibhav Gehlot was born in 1980 when his father, a three-time chief minister of Rajasthan, became MP from Jodhpur for the first time.

Taking a dig at Vaibhav Gehlot, Shekhawat claimed he does not know even the names of five villages in Jodhpur.

Expressing confidence in Shekhawat, who was made Union minister of state for agriculture, the BJP has again given a ticket to him.

Jodhpur, which has 19.34 lakh voters, goes to polls in the fourth phase of the general elections on April 29. The constituency is dominated by the Rajputs, considered to be a vote bank for the BJP.

According to Shekhawat, also a Rajput leader, there is "100 per cent Modi wave" in Jodhpur, and he is very confident about his win in this election.

People are not taking Congress chief Rahul Gandhi "seriously" as they know only Prime Minister Narendra Modi can protect the country, he said. Asserting that his party wants development for all sections of society, the BJP leader said the Modi government is providing basic facilities, including electricity to every home, houses to all and among others.

On the Rajasthan government's recent announcement about farm loan waivers, Shekhawat said the Congress dispensation has done nothing yet .

In the run-up to the 2018 Assembly elections, the Congress announced it would waive farm loans, but the truth is that in Rajasthan, there has been no loan waiver, Shekhawat claimed.