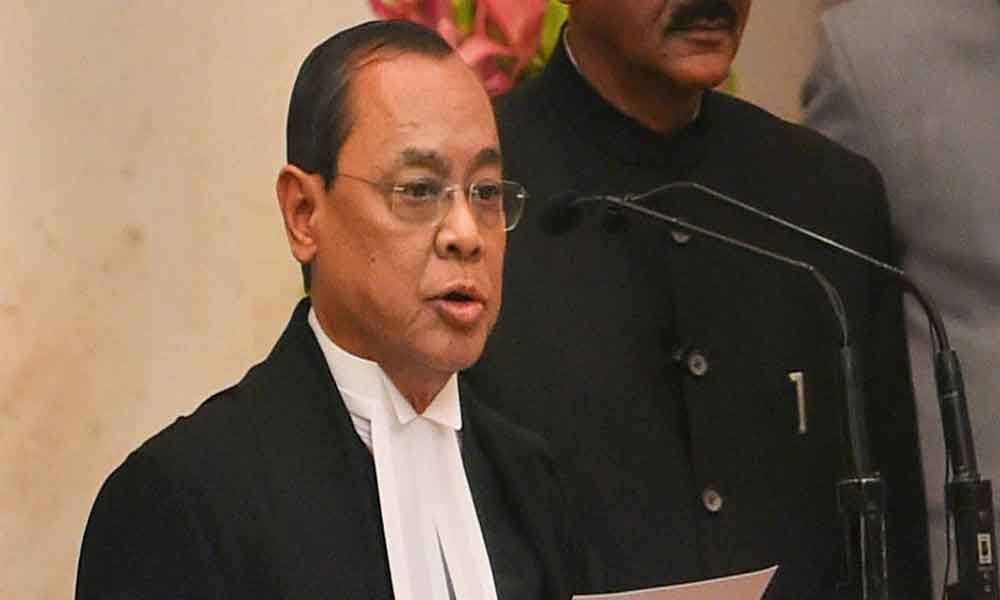 Many women lawyers and activists were among protesters outside the Supreme Court on Tuesday as they questioned the clean chit given to Chief Justice Ranjan Gogoi in a sexual harassment case a day ago.

New Delhi:Many women lawyers and activists were among protesters outside the Supreme Court on Tuesday as they questioned the clean chit given to Chief Justice Ranjan Gogoi in a sexual harassment case a day ago.

As it is not allowed to gather outside the apex court for any kind of demonstation, the Delhi Police detained the protesters and imposed CrPC Section 144 in the area to prevent further escalation.

This comes after the three-judge top court panel headed by Justice S.A. Bobde found no substance on Monday in the sexual harassment allegations levelled by a former apex court employee against Chief Justice Gogoi.

The protesters came out openly in favour of the complainant, who on April 30, had accused the CJI of sexually harassing her, and had said that she would no longer appear before the in-house panel set up by the apex court to probe her charges as she felt that she was "not likely to get justice".

In a statement to the media, she had expressed serious reservations over the functioning of the panel, saying it was "an in-house committee of sitting judges junior to the CJI and not an external committee as I had requested..."

The woman said that during the panel's hearing on April 26, the judges told her that it was neither an in-house committee proceeding nor a proceeding under the Vishakha Guidelines and that it was an informal proceeding.

"I was asked to narrate my account, which I did to the best of my ability even though I felt quite intimidated and nervous in the presence of three Hon'ble Judges of the Supreme Court and without having a lawyer or support person with me," she said.

She said she was not even given the opportunity to go through her recorded statement.