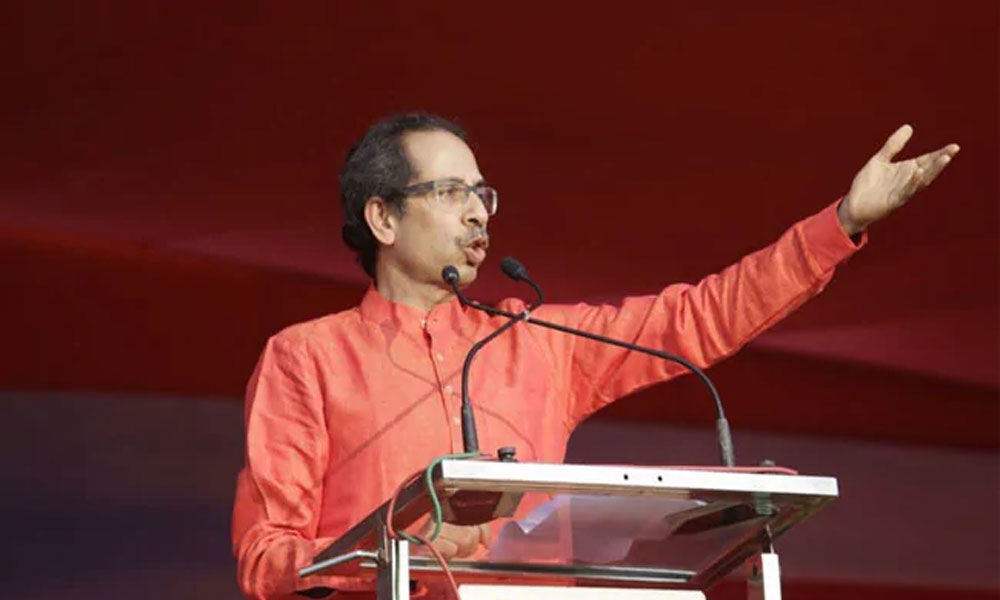 The situation today is such that people are asking him to resign on moral grounds, said the Uddhav Thackeray-led party, an ally of the BJP at the Centre and in Maharashtra.

The Shiv Sena on March 14 asked ally BJP to be cautious while inducting leaders from opposition parties, saying doing so may pose problems in future.

Hitting out at opposition parties, the Sena also referred to a recent blog post of Prime Minister Narendra Modi in which he alleged that Congress and corruption were "synonyms".

"The incoming from the Congress and NCP may be seen as beneficial today, but it can cause problems in future, we have this experience. Today, people are coming because there is power. When there is none, they will find other relations," the Sena said in an editorial in party mouthpiece 'Saamana'.

It recalled that Radhakrishna Vikhe Patil was once a Shiv Sainik and the Sena had simultaneously given ministerial berths to him and his father in the state and central governments, respectively.

"But he turned against us when our government went out of power. As leader of the opposition, he did not behave like one. Even when in power, he did not take firm stands (on various issues) like the Sena did. On the contrary, he used to oppose us," it said.

The situation today is such that people are asking him to resign on moral grounds, said the Uddhav Thackeray-led party, an ally of the BJP at the Centre and in Maharashtra.

"These are households which do not believe in a specific ideology. They turn in the direction where the wind is blowing," the Marathi publication said.

Earlier, Radhakrishna Vikhe Patil had expressed disappointment over the NCP's refusal to exchange the Ahmednagar Lok Sabha seat in Maharashtra with the Congress.

Fadnavis said his party's parliamentary committee will recommend his name for the Ahmednagar Lok Sabha seat.