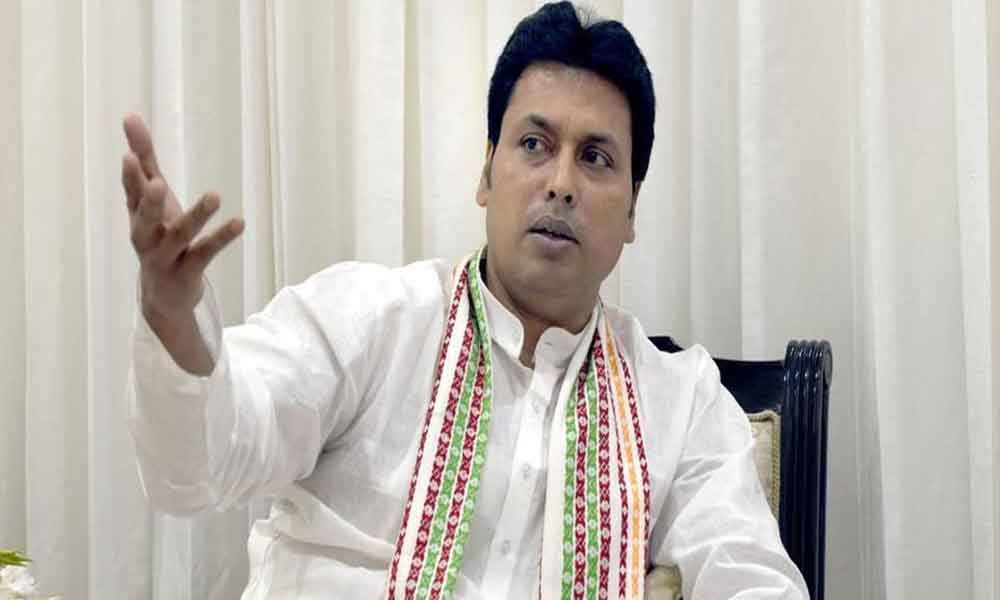 "Prime Minister Narendra Modi launched the Rs 11,370-crore 'Smart City Project' in Agartala in March. And the Tripura Forest Department has undertaken the 'Green Agartala Project' to plant lakhs of trees of diverse species. Both the projects will go hand-in-hand to turn the state capital into a modern green city," Deb said after flagging-off the "Run for Green Agartala" event here.

The Chief Minister said that a record had been created in southern Tripura's in Gomti district on Saturday by planting 6,500 saplings in just one minute along the National Highway-8.

Tripura Forest and Tribal Welfare Minister Mevar Kumar Jamatia told reporters that the state government will provide Rs 200 per month to families residing along important roads for maintenance and protection of the roadside plantations to make Tripura a beautiful green state and attract tourists.

Jamatia said that the state government had set a target of planting at least 10 lakh trees across the state this year. "The drive will start from July 2, the 70th anniversary of 'Banomotsav' (annual afforestation celebrations) which would be held at Sachirambari (in southern Tripura) on July 2," he said.